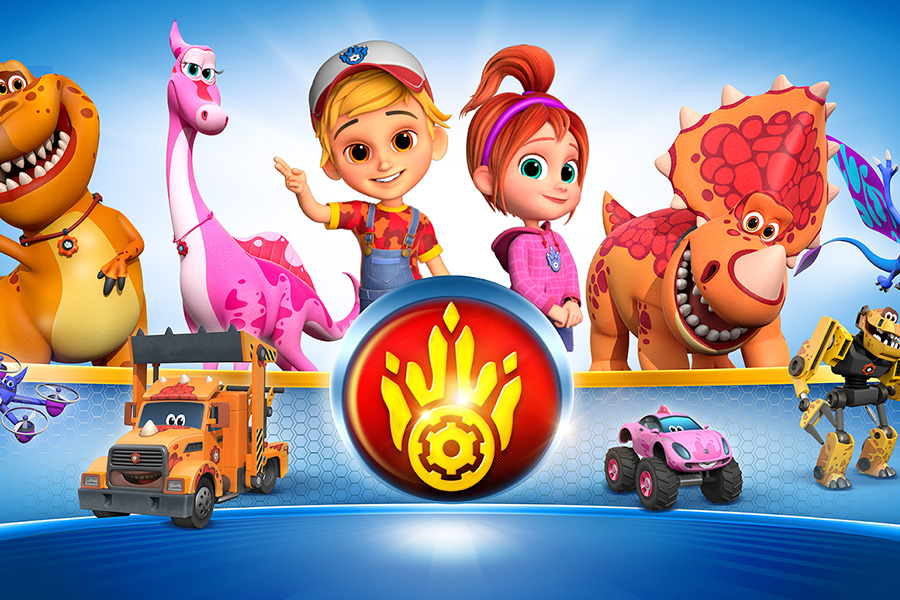 The first three seasons of the new animated series Turbozaurs debuted in Italy on the Nick Jr. television channel

Thanks to Mondo TV Group’s distribution, the first three seasons (78 x 7′) of the new animated series Turbozaurs debuted in Italy on the Nick Jr. television channel on April 4, 2022.

Turbozaurs, produced by the Armenian animation studio Tale Wind, is a pre-school series that tells the adventures of three little brothers and a dynamic team of dinosaurs who managed to survive extinction by finding refuge in underground caves and evolved to the point that they can now instantly transform themselves into the turbosaurs, super-powerful machines always ready to help those in need. This group of friends can take on any challenge, whether it’s searching for hidden treasure, growing exotic fruits or helping to find a lost pet.

Turbozaurs is a series that emphasises the importance of teamwork and teaches how a creative and positive approach can help overcome any problem! In their adventures, the children and their great friends always find new ways to work together, drawing on their imagination and creativity.

Turbozaurs are currently undergoing a phase of international expansion, starting with China: on Youku, one of China’s leading streaming platforms that belongs to the Alibaba group, Turbozaurs has quickly entered the top 10 most viewed children’s animation series in the first quarter of 2022.