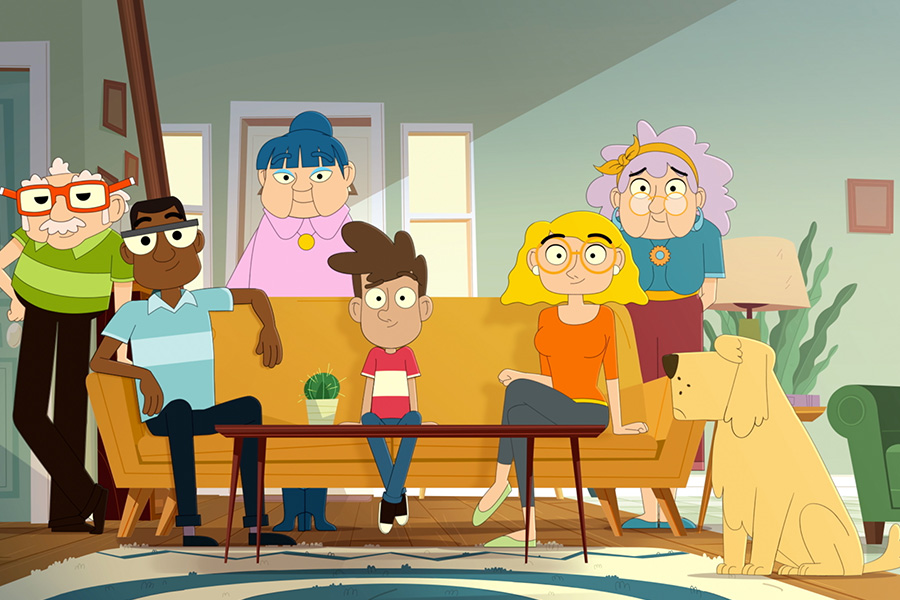 The journeys of a 21st-century boy in the 1980s and 1950s, when there were no mobile phones and television only had one channel

A new original animated series that exploits time differences: this is “Io alla tua età”, directed by Mathieu Gouriou and co-produced by Mobo and Rai Ragazzi together with France Télévisions and Monello Productions, premiering on Rai Gulp from Tuesday 12 April.

Like an animated “Back to the Future”, the series highlights the links between generations and the interest for children to discover their own family from a new perspective.

The protagonist is Paul, a 10-year-old boy, who, as soon as someone says the words “I was your age…”, is instantly catapulted into the past, to the time when his interlocutor was 10 years old, just as he is now. And there are plenty of opportunities to hear ‘Me at your age’, because Paul has a large family and many adults who gravitate towards him.

← DEAPLANETA ENTERTAINMENT COPRODUCING AND ACTING AS GLOBAL LICENSING AGENT FOR THE THREE MUSKETEERS FRANCHISE CHEFCLUB CONTENT LANDS ON PLUTO TV IN THE U.S. AND LATIN AMERICA →