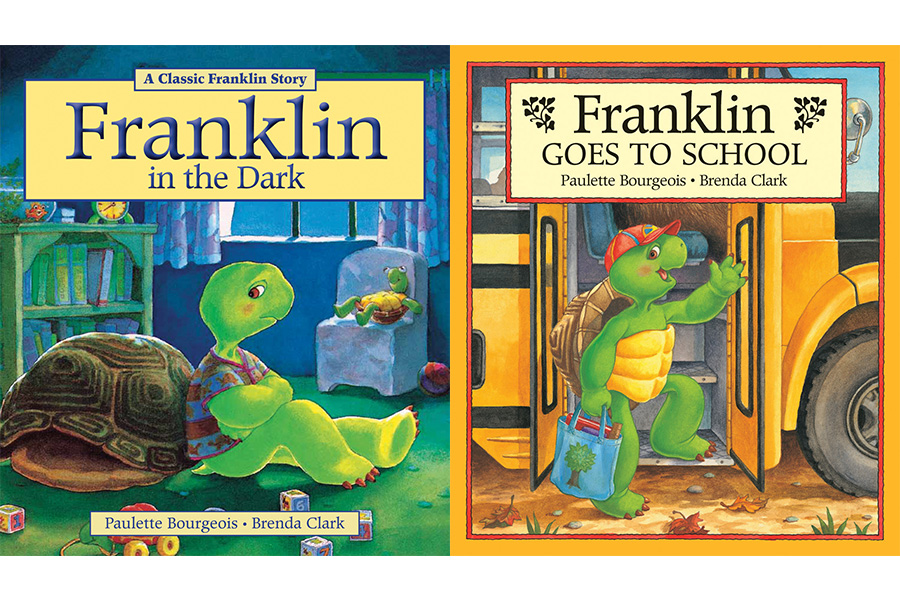 Tags from the story: Franklin the Turtle, Kids Can Press, Mighty Mojo Toys.

Mighty Mojo Toys is pleased to announce a licensing acquisition to design and develop Franklin the Turtle plush dolls, based on the beloved book and animated television series character created by author Paulette Bourgeois and illustrator Brenda Clark. The plush doll will be launched by the third quarter of 2022. “Mighty Mojo Toys is excited to expand our plush collection to include such an iconic brand as Franklin the Turtle,” said Arash Moghaddam, CEO of Mighty Mojo Toys. “We look forward to bringing a Franklin plush toy line back to retail.”

The Franklin the Turtle series is a children’s book franchise from award-winning children’s publisher Kids Can Press, with more than 65 million copies sold worldwide since the first book in the series, Franklin in the Dark, was published in 1986. The books follow Franklin and his woodland friends and family as they work through familiar problems and solve them in their own way.

The books have been adapted into two television series, both produced by Nelvana: Franklin, an animated series that debuted in 1997, and Franklin and Friends, a CGI-animated spin-off series launched in 2011. Nelvana also produced four animated movies featuring Franklin and his friends’ adventures. In 2012, Franklin the Turtle was commemorated with an official stamp series from Canada Post featuring artwork from the books.

“It’s wonderful that a plush version of Franklin will be available to a new generation of children who are discovering the series for the first time,” said Lisa Lyons Johnston, President and Publisher of Kids Can Press. “Families have found comfort in the classic Franklin series throughout the pandemic, so we’re pleased to have found a great partner in Mighty Mojo Toys to bring Franklin plush toys to market once more.”

Franklin the Turtle will be the newest addition to Mighty Mojo Toys’ extensive plush products, which include other licensed properties from many beloved children’s books, television series and video games, among others.