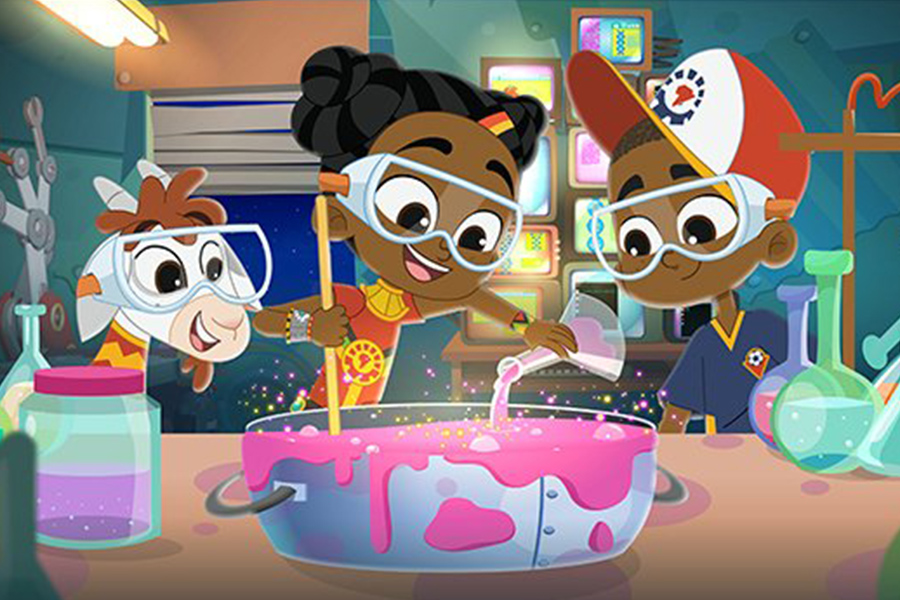 Retail-first licensing agent, The Point.1888, has been appointed as the UK & Eire licensing agency for the YouTube Originals series “Super Sema”

The animated children’s series, produced by Lupita Nyong’o, is the world’s first series focused on an African kid superhero. The Point.1888 has been brought on by edutainment company Kukua to manage the property’s licensing program for UK & Eire and to focus on retail initiatives across all categories. This follows the announcement that UTA will be representing the brand in the North America. Early response to the brand from potential partners across toy, apparel and publishing has been phenomenal, and retailers are very excited about showcasing this property.

This announcement follows The Point.1888’s successful work in building and delivering licensing programmes with other YouTube hits such as Cocomelon, Blippi and Morphle as EMEA Master Agent.

The “Super Sema” animated series features the world-changing, STEAM-fuelled adventures of a 10-year-old African girl, Sema, and her twin brother MB on a mission to protect their village Dunia from a heartless A.I. robot villain. The series is produced by Kukua, with a female-led team that includes chief executive officer Lucrezia Bisignani and actress and children’s author Lupita Nyong’o.

“Super Sema’s” first season of 20 five-minute episodes premiered as a YouTube Originals series in March 2021. Its second season will debut this summer, accompanied by a series of educational videos that help kids further explore the STEAM themes and topics from the animated series.

Bethan Garton, CCO at The Point.1888 said, “’Super Sema’ is an incredibly powerful series which embodies strength, curiosity, innovation, and confidence. We’re thrilled to be able to play a part in delivering an inspiring role model to kids throughout the UK via product. The team at Kukua have worked to deliver an outstanding property and we can’t wait for more kids to discover Sema and her world.”.

“We’re committed to build a franchise that is fuelled by diversity, kid-power, STEAM skills and creativity! One that encourages children to think outside the box, to ask WHY, to care for others and their planet, to celebrate diversity and to become tomorrow’s change makers. A franchise that allows children to bring what they learn onscreen into the real world, and the other way around — and to make, create and technovate inventions and solutions for problems that matter and for which we believe this generation of children is uniquely equipped to help solve. We look forward to partnering with like-minded and best-in-class licensing and publishing partners to continue to entertain and empower a generation of children!” said Lucrezia Bisignani, CEO of Kukua.