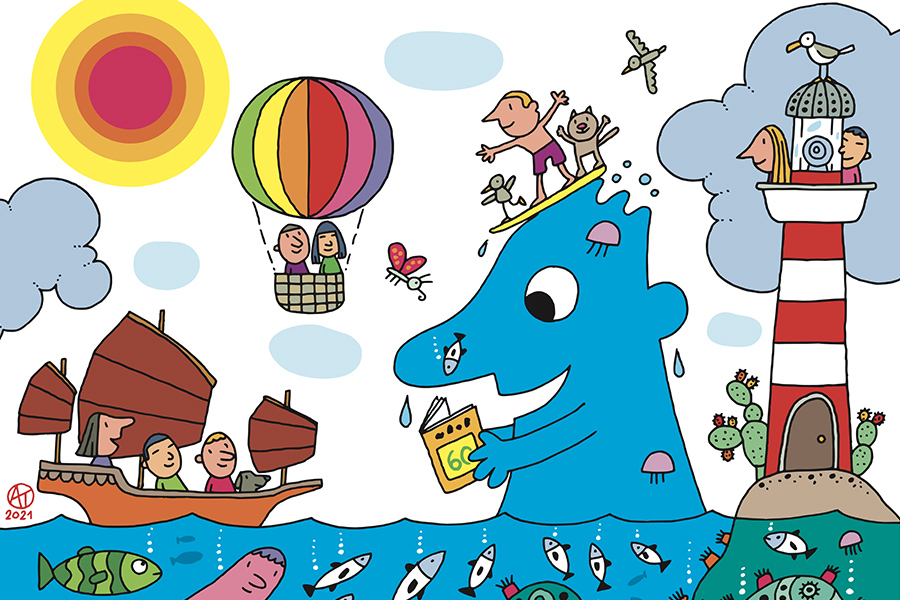 AN ENGLISH SPEAKING MR. WATER IS HEADING TO ASIA!

Atlantyca signs with Scholastic Asia to bring to China and 16 other far east territories the popular children’s books series created by Agostino Traini, published in Italy by Battello a Vapore

In conjunction with the Bologna Children’s Book Fair 2022, Atlantyca Entertainment is proud to announce a deal with Scholastic Asia for the publication of the highly- popular children’s book series Mr Water, by Agostino Traini, published in Italy by Mondadori Libri for Piemme, which has sold 1,300,000 copies to date worldwide.

Since the success of the first book, Il fantastico viaggio del Signor Acqua (Mr Water’s Fantastic Journey), the character created by Mr Traini, has become the hero of the series of volumes that inspire the curiosity of pre-school children through simple and colourful illustrations with engaging writing that stimulates the interest of today’s young readers.

The 15 titles in the series will now be published in English in Brunei, China, Cambodia, Hong Kong, Macau, Indonesia, Japan, South Korea, Laos, Mongolia, Malaysia, Myanmar, Singapore, Taiwan, Thailand, the Philippines and Vietnam by Scholastic Asia, a publisher that has become an essential reference point for children and their families, as well as for schools, in countries where English, alongside the mother tongue, is a fundamental requirement and for new generations often represents their second language.

Thanks to the previous publishers who have provided Mr Water to the international market over the years the series is an established favourite with many publishers, including Petrel in China, Yearimdang in South Korea and Sunya in Hong Kong. Notably, Sunya publishers included Mr Traini’s character in their 60th anniversary celebration album, listing him as one of their most important characters ever.

Born in Rome in 1961, Agostino Traini has had his works published in South Korea, China, Hong Kong, Russia and the Ukraine.