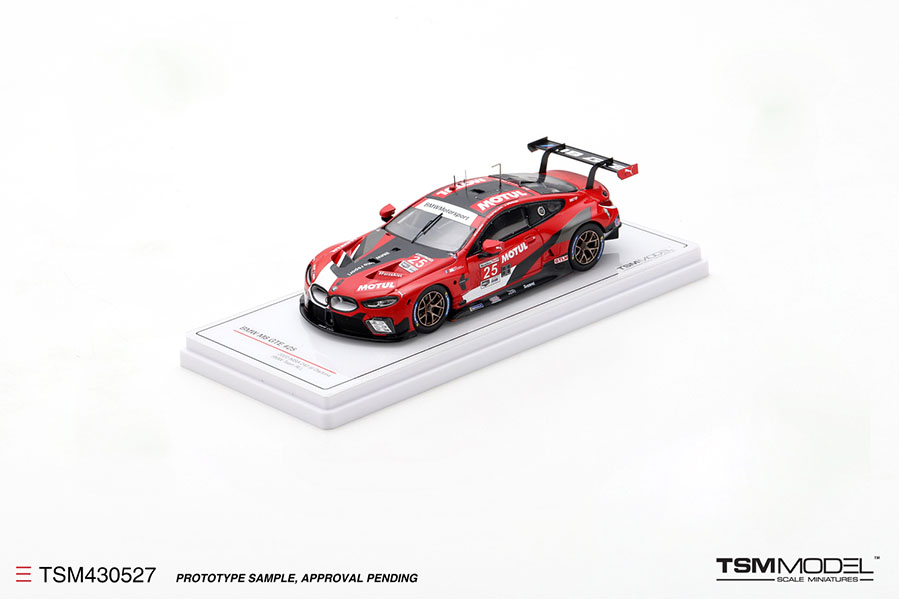 Major lifestyle and motoring brand Motul has announced a partnership with Sunrich Toys & Hobby, which designs and manufactures the highest-quality scale model cars for the global hobby market.

Sunrich, a wholesale distributor and exclusive importer of premier scale model cars, will produce 10-15 models covering race cars from IMSA, WEC and Le Mans. Each one will be a highly detailed scale model of a well-known automotive brand, and all will feature the famous Motul livery.

The model cars will launch on the market in summer 2022. They will be distributed worldwide through the Sunrich network of trusted partners for sale at retailers and online. More brand-related racing models are planned.

The main consumer market for Sunrich is hobbyists and collectors. However, Sunrich also offers OEM services to various car manufacturers and retailers, creating customized models for use in product launches and promotional events. Motul, a regular partner to major teams at numerous important motor racing events, plans to use these exceptionally detailed scale models as part of its on-site promotions throughout this and next year

Sunrich Toys & Hobby was founded in 2002 with the goal of offering the highest-quality scale model cars to the US hobby market. By partnering with some of the highest-regarded brands in the industry, it quickly rose to become one of the largest importers and distributors of model cars in North America. Sunrich began manufacturing its own scale models in 2007 under the brand TSM-Model. It is now a premier worldwide brand.

This partnership again underlines Motul’s reputation as a world-renowned company, specialising in the formulation, production and global distribution of high-tech engine lubricants for the consumer market, and also as a racing specialist working with some of the world’s greatest factory racing programmes and the best car makers in the world.

The partnership also demonstrates the strength of the Motul brand, which is known in over 160 countries and is now taking that powerful reach into a major lifestyle branding campaign.

Motul is targeting a range of high-end collaborations and co-branded products as well as categories, ranging from apparel to backpacks and, of course, car accessories, supported by global licensing agent WildBrain CPLG, as well as recently appointed agents for Japan, Australia and New Zealand.

Glen K. Chou, President, Sunrich, says: “Like many racing fans, I grew up watching Motul-sponsored BMW and Honda race cars, so it is a dream come true that I can work with the iconic Motul brand. This partnership will not only allow us to gain access to the vintage Motul race car livery, but it will also help us to connect with various Motul racing teams around the world. We look forward to working with Motul to develop a wide range of brand-related racing models.”

Managing the Motul campaign is Laurent Taieb, a licensing specialist with over 25 years’ experience. He says: “Motul’s strong association with some of the biggest motorsport manufacturers and events on the planet is part of what makes it a classic brand. This agreement, with a company that is a byword for craftmanship and style, offers a perfect showcase for the famous Motul livery and will delight hobbyists and motorsport enthusiasts everywhere.”