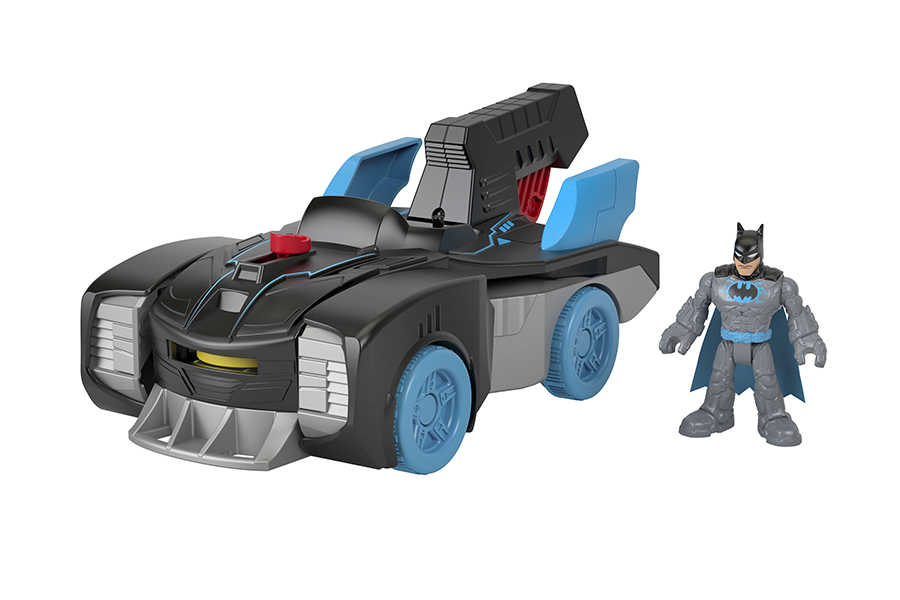 Imaginext is the brand thanks to which children can imagine a world in which countless possibilities take shape through play with different characters and playsets: with Imaginext there is no limit to imagination! Children can experience endless adventures simply by unleashing their imagination and opening the doors to fun, thanks to a series of products in which the protagonists are interaction and incredible transformations, to provide amazement during play: Imaginext characters, vehicles and playsets are designed to be used together, to help preschoolers create action-packed stories. To coincide with the release of the new Batman film, a series of products dedicated to the most iconic DC hero have arrived in the Imaginext world, designed not only for children, but also for fans of the saga who want to unleash their imagination through play and relive the emotions seen at the cinema!