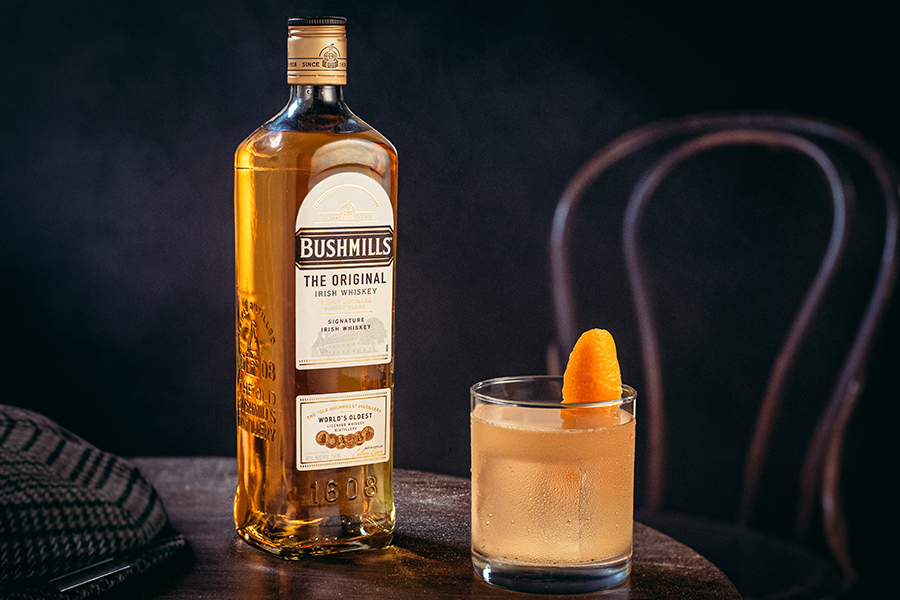 Two stories of passion and perseverance unite to inspire fans to drink like a Shelby this St. Patrick’s Day

Bushmills Irish Whiskey – from the world’s oldest licensed whiskey distillery, announces its designation as the Official Whiskey of the Peaky Blinders TV Show, and preferred sipper of the notorious “Shelby Family”. The partnership with Endemol Shine North America (a Banijay company), and Peaky Blinders’ official brand owner and series producer, Caryn Mandabach Productions, launches just in time for St. Patrick’s Day with an exciting offer for fans to imbibe like the Shelby’s and will extend through 2022.

The Shelby Family and Bushmills Irish Whiskey share stories of passion and perseverance in the face of adversity. Bushmills has never wavered from its commitment to crafting great whiskey with a recipe passed down through generations of skilled and devoted whiskey-makers. Made on the wild edges of the north coast of Ireland, Bushmills has stood the test of time for over 400 years, having overcome conflict, fire and famine.

“The motivations of the Shelby’s are those of family, loyalty and perseverance, which are the same qualities that have put Bushmills at the forefront of whiskey making for hundreds of years,” said Lander Otegui, Senior Vice President of Marketing at Proximo Spirits. “Over the course of our partnership, we are excited to connect with a new, dynamic generation of whiskey drinkers through collaborative content and experiences that speak to the history and heart of our brand.”

To kick off the partnership, through March 17th, fans of Bushmills Irish Whiskey and of the Peaky Blinders TV show can order a Shelby Sour from their local bar, and Bushmills will cover the cost. The cocktail recipe, inspired by Tommy Shelby, features sweet and fruity flavors, balanced by the smooth, warm finish of Bushmills Original Whiskey. Head to www.Bushmills.com/Shelby for official terms and conditions of the program, the Shelby Sour recipe and an exclusive sneak peek into Bushmills’ next release. 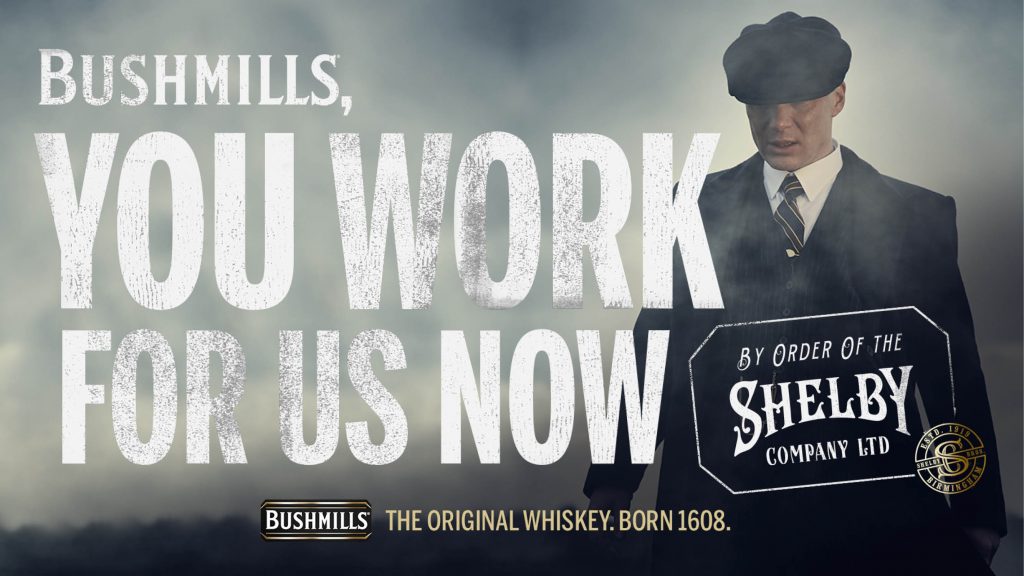 “What better way to welcome Bushmills as the Official Whiskey of the Peaky Blinders TV series than with a free whiskey cocktail for our loyal fans”, said Scott Shillet, Vice President of Licensing at Endemol Shine North America. “We’re excited to give our extended Shelby family a first taste of the partnership this St. Patrick’s Day as they eagerly await the sixth and final season of the hit show.”

Throughout the year, Bushmills and Endemol Shine North America (a Banijay company), in collaboration with Peaky Blinders’ official brand owner and series producer, Caryn Mandabach Productions, will connect with U.S. consumers through an exciting, full-scale promotion featuring co-branded content, a national advertising campaign and live experiential moments. For now, those looking to celebrate St. Patrick’s Day are invited to toast the Official Whiskey of the Peaky