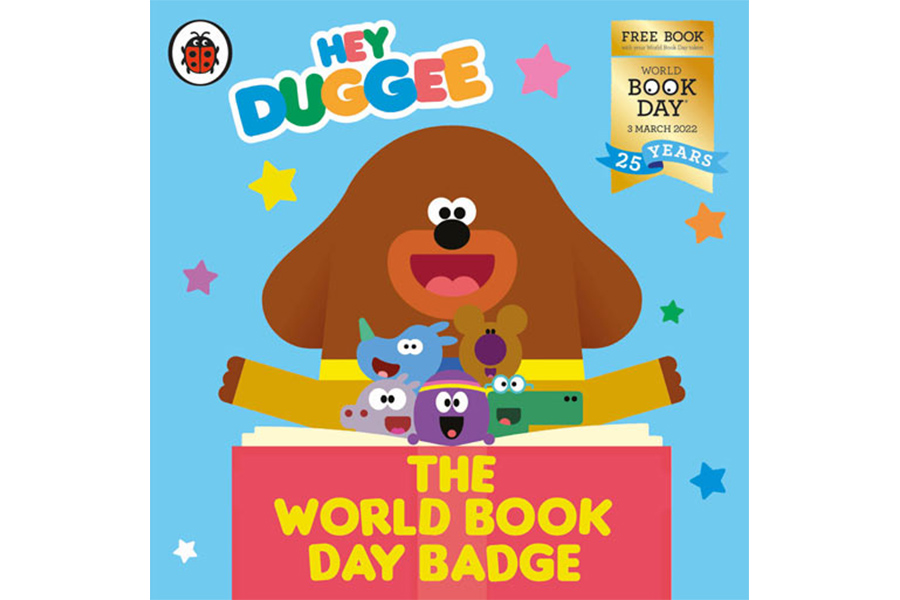 The exclusive book published by Ladybird (Penguin Random House Children’s) is valued at £1/€1.50, but children and young people are able to exchange their World Book Day tokens to get it for free.

In this special new tale it’s World Book Day, but the Squirrels can’t decide which story Duggee should read! Should it be about a clown? An astronaut? A detective? Perhaps they should make up their own story…

Leanne Gill, Publisher, Ladybird Licensing, says: “With the ever-growing success of the Hey Duggee publishing, we had no doubt that this special World Book Day story would resonate with little Squirrels everywhere, but we’re still blown away by making it to the top of the charts as children everywhere celebrate the joy of books!”

Jan Paterson, Director of Book and Audio Publishing at BBC Studios, says: “This is marvellous news! We’re delighted that so many people are keen to swap their tokens for this special Hey Duggee book and that we are able to share the love of reading with children on World Book Day.”

A full range of Hey Duggee books are available from Ladybird, including The Potty Badge board book, Treasure Hunt lift-the-flap book and the hilarious and best-selling Animals touch-and-feel book.

World Book Day is a charity sponsored by National Book Tokens and takes place on 3 March 2022.

Hey Duggee is a fun, inclusive and educational series devised by Grant Orchard, senior director of Studio AKA, and narrated by comedian Alexander Armstrong. BBC Studios and CBeebies recently announced it had commissioned a fourth series of the hit animation.

Each episode features members of the Squirrel Club exploring, learning and overcoming challenges to earn a new Badge from Duggee – making new friends along the way.

Since launching in 2014, Hey Duggee has become a six-time BAFTA and international Emmy award-winning hit. Hey Duggee was the most-watched kids’ show on CBeebies in 2021 and was streamed more than 250m times on BBC iPlayer in 2021. All episodes of Hey Duggee are available exclusively on BBC iPlayer in the UK.

Additionally, Hey Duggee has over 1.2 million fans across its social channels and its official YouTube channel has over a billion lifetime views. Recently Hey Duggee teamed up with Sir David Attenborough for The Green Planet Badge a special episode to share the wonder of plants on CBeebies, BBC iPlayer and YouTube.