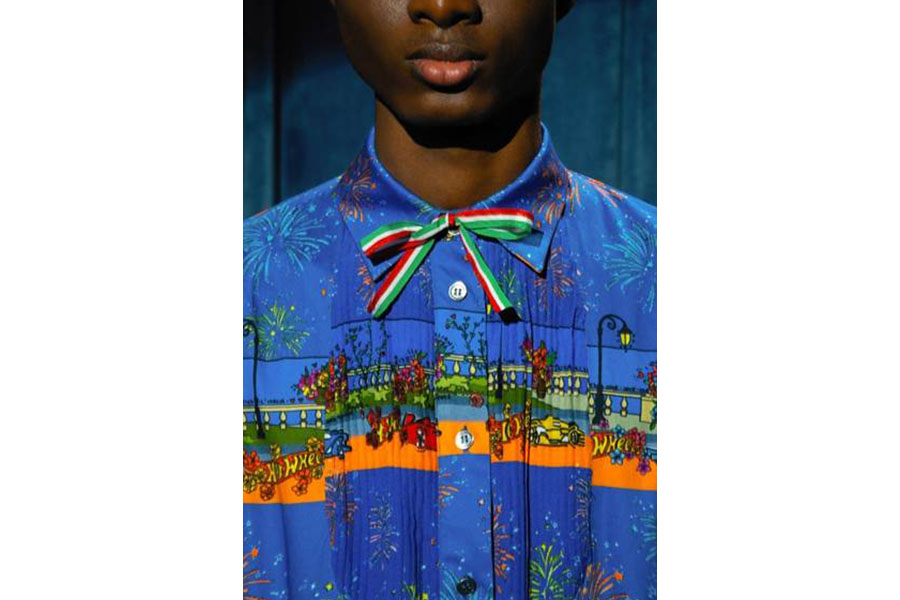 The new Alessandro Enriquez A-I 2022-23 collection is inspired by “Italian Music” revisited and illustrated by the designer, and accelerates with Mattel and Hot Wheels

The new Alessandro Enriquez A-I 2022-23 collection is inspired by the “Italian Music” revisited and illustrated by the designer, and accelerates with Mattel, whose iconic Hot Wheels cars run on the pentagram of love designed by Alessandro, celebrating the history of the Sanremo Italian Song Festival, the emotions of the songs of the artists of yesterday, today and tomorrow, immersing us in a sea of flowers and colours, eternal symbols of our music.

To embellish the collection and seal its theme, the graphic interventions of a score, a musical equation, that maestro Beppe Vessicchio gives to Alessandro, and in which the designer’s drawings in an ironic version dialogue with phrases created ad hoc for him by Orietta Berti and linked to the ever-popular theme of love.

Colour becomes the absolute protagonist of a 100% Made in Italy world, which deepens the concept of no-gender tailoring in the suits/suits composed of single and double-breasted jackets, combined with flowing trousers with deep darts in single-colour coloured cady, and where the contrasting lapels and covered buttons light up a wintery but warm palette: coral orange, dark carrot yellow, ruby red, emerald green and antique pink combined with sugar paper are among the main nuances.

The pathos that nourishes the stage of the legendary Ariston lives on in the collection’s looks, and Alessandro’s prints tell the story of the singers’ characters: the shy ones find expression in wisteria and violets, the visionaries in all over with “flowery eyes” that recall Italian pop art, and the more nostalgic with a “Peter Pan” character, in which kittens play with musical notes. Alessandro does not forget the podium of the winners, for whom he creates an unusual, colourful and flowery Teatro Ariston, in which, to the rhythm of music and elegantly dressed, pairs of ostriches perform as a corps de ballet.

The models start from the stylistic assumptions of the brand in the ’50s and ’60s and go all the way to the ’80s and ’90s, starting with wide, soft, high-waisted chemisier dresses and ending with dropped shoulders and oversize fits, on printed shirts in which all the designs turn. There are also ruffles, ruffles and pleats for more prissy proposals.

On a group of special fabrics the outerwear package is developed: full colour bouclés in shades of red, yellow and blue, made from recycled natural fibres but with a woolly appearance. The unisex knitwear remains the manifesto of the collection, thanks to the photographic designs made on the loom.

Printed sweatshirts and t-shirts feature Made in Italy hand embroidery and the subjects of the prints create a mix&match with the all over prints.

Prints are also applied to the embossed jacquard, such as the macro-sized violets, the absolute stars of the season, accompanied by the knitwear package made both on the loom, echoing the collection’s designs, and entirely by hand in Naples.

Dulcis in fundo, a booster of grit leads to the victory of this Enriquezian Festival, the capsule created in collaboration with Hot Wheels, the brand of the American colossus Mattel that renews the interest in the creations of Alessandro Enriquez, interest born last season with the proposal dedicated to Barbie and Ken, and that this year refines with his style the “turbo” of the iconic racing cars. Two graphics represent Alessandro Enriquez’s vision for Hot Wheels, both inspired by the brand’s key colour palette. In the first one, a parade of Hot Wheels cars parade on the iconic orange track with colourful flowers blooming from the exhaust pipes while Sanremo fireworks explode in the sky. In the second, a “floral” tribute to Italian music: the Hot Wheels race on coloured staves decorated with musical notes and flowers from the Riviera. The iconic inscriptions so dear to the designer are ever-present: love and musical quotes.

For men and women, Alessandro creates shirts in a silk and viscose blend, with or without breast pockets, with two dedicated all over prints that complement the daily graphics of sweatshirts and t-shirts. For the exclusively female universe, there is an original proposal of dresses with a Sanremo flavour, long and short in different fabric openings, in which flowers are mixed with the design of the range of racing cars, creating the perfect nuances for victory… at full speed!