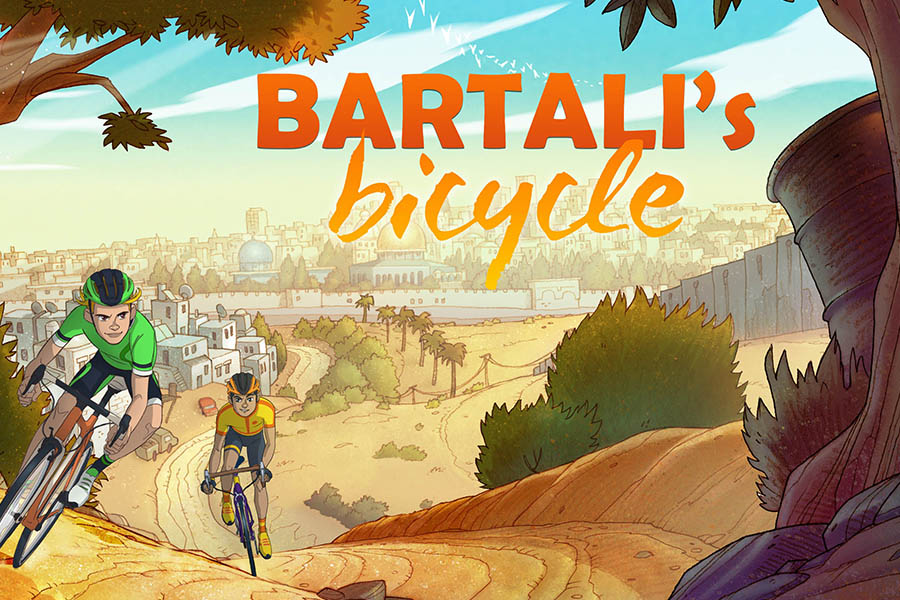 Legendary road cyclist Gino Bartali has become the inspiration for yet another feature, this time targeted at the younger audience. Global animation major Toonz Media Group is teaming up with Lynx Multimedia Factory, Rai Ragazzi and Telegael to co-produce an animated feature provisionally titled Bartali’s Bicycle, inspired by Bartali’s daring acts of courage and humanism during World War II. Bartali’s Bicycle is set for release in early 2023.

The multinational co-production focusing on themes of tolerance, team-work and diversity will be shown in Italy by RAI and distributed worldwide by Toonz and Rome-based distribution and production company TVCO. The PG-rated 2D animated feature will be targeted at the 7+ and family audience. Set in the modern day in the Middle East, the 80 minute feature follows two young boys from rivaling communities who are brought together by their shared love for cycling. The movie’s theme is woven around Bartali’s awe-inspiring services for holocaust victims during World War II.

The film has on board an illustrious creative team with Enrico Paolantonio (The Extraordinary Adventures of Jules Verne and  Egyxos) helming the direction and Sabrina Callipari as head of production. The original idea of the movie is by the late Roman writer Israel Cesare Moscati (`A Starry Sky Above the Roman Ghetto’) who also developed the subject and screenplay along with Marco Beretta (Foot 2 Rue Extreme). Noted Italian comic book artist Corrado Mastantuono (Nick Raider and Magico Vento) handles the character designs for the project while illustrator Andrea Pucci is the background artist. Valentina Mazzola (The Star of Andra and Tati) dons the role of Script Editor.

“Bartali saved many Jewish lives during the Nazi occupation of Italy by concealing their documents in his bicycle. The feature begins sixty years later, when Bartali’s bicycle becomes the tool and symbol of victory for David, a smart and sensitive Jewish boy. David accepts the challenge of winning a cycling championship together with his Arab friend Ibrahim, violating rules but making peace and tolerance triumph between their communities”.

“Bartali’s Bicycle is a story that will resonate with audiences all across the world. It is exactly the kind of story that Toonz is committed to relate to the younger generation. This is, indeed, a prestigious project for Toonz and we are very excited to team up with our amazing partners Lynx, Rai Ragazzi, TVCO and Telegael for this international co-production,” said Toonz Media Group CEO P. Jayakumar.

“Gino Bartali was not only a great cycling champion, but a man who risked his life to fight racism and discrimination and for this he was honored as Righteous among the nations. In a world still plagued by wars and conflicts, his fast and brave bicycle is a symbol of peace for kids and families. That is why RAI has promoted the project of this important film from the very beginning”, said Luca Milano, Director of RAI Kids.

“We are so proud to be in co-production for the film Bartali’s Bicycle with Toonz Media Group, a major international animation group, and Rai Ragazzi which from the beginning believed in this project. It is wonderful to share with our partners themes such as solidarity in sports, altruism in life, friendship that wins over everything, and more in- depth important topics such as the Shoah and civil coexistence, and try the best way to represent them in animation,” said Evelina Poggi, Lynx Multimedia Factory CEO.

“I am proud to collaborate with Toonz, such a prestigious brand in animation. It is the first cooperation of this kind between our two companies. Bartali’s Bicycle is a story of human endurance and trust that has deep and distant roots in the true story of the rescue of hundreds of Jews during the German occupation in Italy by a cycling legend: Gino Bartali. We look forward to bringing this animated movie to the world market and to contributing to making that story known to all worldwide,” said Vincenzo Mosca, CEO of TVCO.

“Bartali’s Bicycle is a very emotional story which is inspired by the heroic and humanitarian actions of champion cyclist, Gino Bartali, during World War II. Telegael is delighted to partner with Lynx, RAI, TVCO and Toonz to co-produce this animated feature and to bring the story of David and Ibrahim to children’s and family audiences around the world.” said Paul Cummins, CEO – Telegael.