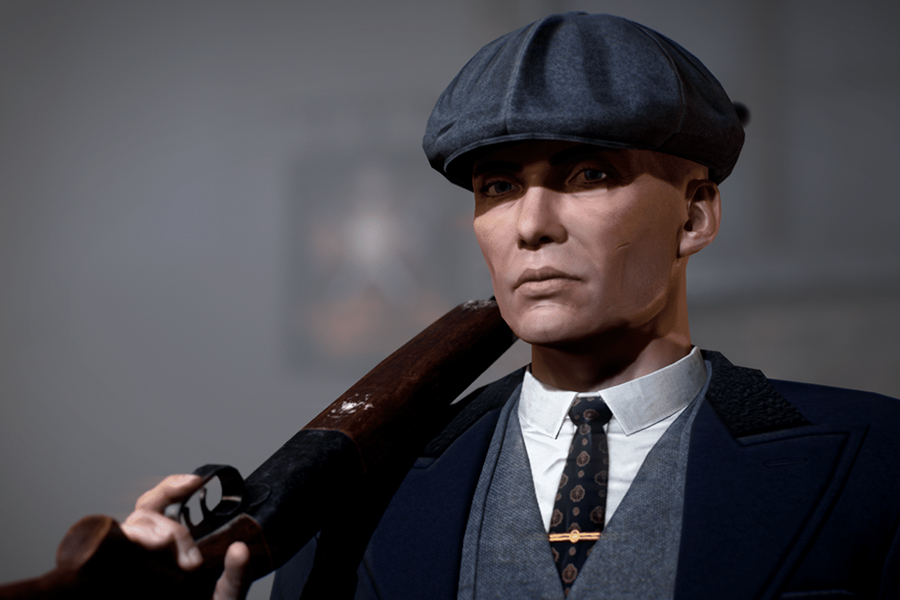 Players to face extreme moral choices and dangerous situations from the criminal underworld, set in the gang’s homeland, Birmingham, and London’s Limehouse

Digital entertainment studio, Maze Theory, and global distributor and content creator, Banijay, in collaboration with Peaky Blinders’ official brand and series owner and series producer, Caryn Mandabach Productions, are proud to announce the launch of the first virtual reality game inspired by the BAFTA-winning drama in 2022.

The game is an authentic, embodied experience set in an atmospheric 1920s England. Players will choose their path in moments of subversion, wish fulfilment, narrative intrigue, and gripping set pieces, to see how the story will play out.

Ian Hambleton, Maze Theory, CEO, says: “For the first time, fans will have access to believable and responsive characters from Peaky Blinders, coming face-to-face with Tommy Shelby and encountering first-hand some terrifying situations. It’s an intense and thrilling experience.”

He adds: “At Maze Theory, we’re committed to pushing the boundaries of entertainment and creating highly innovative fan and gaming experiences. We’re very excited to be giving fans and VR enthusiasts access to the Peaky Blinders’ world, transporting them back to 1920s Birmingham and putting them in iconic locations such as The Garrison and Charlie’s Yard.”

Lex Scott, Commercial Director, Gaming & Gambling at Banijay Brands comments: “With huge anticipation for the upcoming series, the Peaky Blinders brand is stronger than ever, and this is a fantastic addition to its extensive portfolio. Peaky Blinders: The King’s Ransom is an exciting, authentic, and totally unique game that takes the immersive experience for fans to a whole new level.”

Jamie Glazebrook, Executive Producer of season 1 – 6 Peaky Blinders, Caryn Mandabach Productions said: “Maze Theory has brought the world of Peaky Blinders to life in an entirely new way. Now you have the chance to walk the streets of Small Heath alongside the Shelby family. I can’t wait for the fans to experience this.”

Dramatic cinematic moments put players at the heart of a deep and memorable story, where they will navigate tense and dangerous situations. They must make meaningful and complex moral choices to earn their place in the Peaky Blinders, forming bonds with – and making allies of – Thomas and Arthur Shelby to take down rivals.

Players will come face to face with iconic characters, delivering compelling dramatic performances, and will get drawn into encounters that are engaging and believable, giving hints and helping to navigate the dangerous and treacherous world of the Peaky Blinders.

Environments from the show are authentically recreated and can be freely explored. This includes iconic locations such as the Garrison Pub, Charlie’s Yard and Shelby’s Betting Shop. With the world of Limehouse 1928 recreated with original spaces, there will be opportunities to unlock easter eggs from the show, discover character histories and unveil a troubled past.

Peaky Blinders was created and written by Steven Knight (Dirty Pretty Things, Eastern Promises and Locke). The multi award-winning BBC One series is produced by Peaky Blinders’ official series and brand owner, Caryn Mandabach Productions, and co-produced with Banijay’s Tiger Aspect Productions. Series 1 to 5 are available on BBC iPlayer and Netflix. Peaky Blinders is distributed by Banijay Rights and has sold in more than 183 countries and is widely available internationally on Netflix including in the U.S.

The Peaky Blinders brand enjoys international success across multiple categories including gifting, live experience, apparel, accessories, and essentials. Officially licensed products are proving a hit with consumers and retailers, with over 40 licensees across multiple territories.