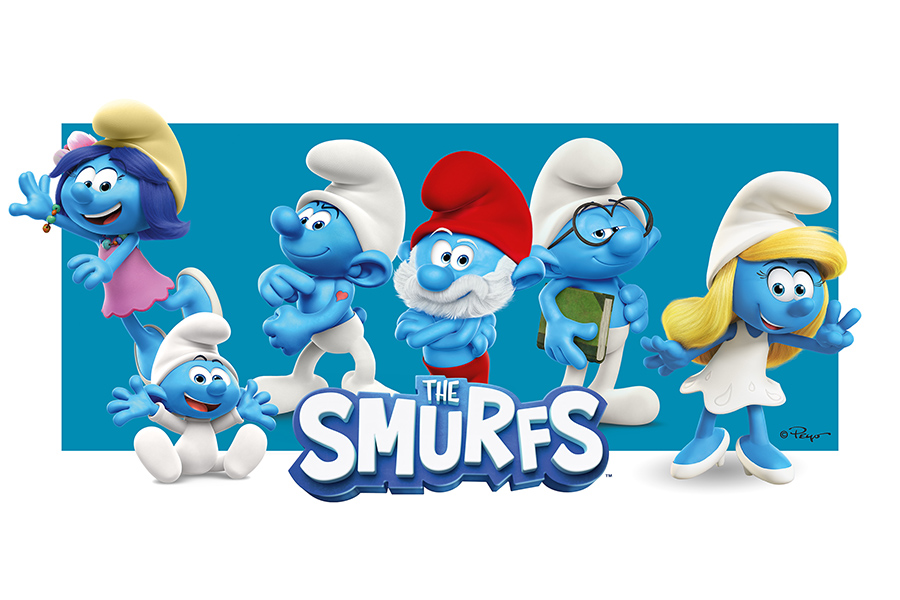 First project under the partnership expansion is an original animated theatrical musical to begin production this year and slated for release on December 20, 2024

Nickelodeon Animation and Paramount Pictures have formed a creative partnership with LAFIG Belgium and IMPS to produce multiple feature films based on The Smurfs, the iconic characters and stories created by Belgian artist Pierre Culliford, known as Peyo. News was announced by Ramsey Naito, President of Animation for Paramount Animation and Nickelodeon Animation. The first project under the new partnership banner is an animated musical film set to begin production this year. The movie is slated to be released on December 20, 2024.

Said Naito, “Nickelodeon is the home to some of the world’s most popular family franchises, and we’re honored to add The Smurfs to that roster. We’re excited to tell a story that stays true to its origins, but with a Smurf-tastic musical twist that excites new audiences and builds on the Smurfs franchise and universe of wonderful characters and stories.”

The movie will be produced by Nickelodeon Animation in partnership with Paramount Pictures, LAFIG Belgium and IMPS. Pam Brady (South Park, Team America) has come on board to write the first movie.

Says Véronique Culliford, Founder & President of LAFIG and IMPS, “It is with great joy and pride that I welcome this new Smurfs film! I am truly excited with this wonderful partnership with the talented, creative and dynamic teams at Paramount Pictures, Nickelodeon Animation, and IMPS.   I am convinced that this great collaboration will allow families around the world to immerse themselves in this unique universe of humor and extraordinary adventures. I have no doubt that my father, creator of these marvelous world-famous characters, would also be delighted with this continuation of his work. I look so forward to seeing audiences gather together in the near future to enjoy this new adventure of our beloved Smurfs!”

Latifa Ouaou, Executive Vice President, Movies and Global Franchises, Paramount Animation and Nickelodeon Animation, will manage the LAFIG Belgium and IMPS partnership on behalf of the Studio and is in the process of identifying key creative leads including the director for the first film. Additional details will be available soon.

Said Ouaou, “The Smurfs is an iconic and beloved franchise, and we can’t wait introduce it to a whole new generation of fans by bringing a fresh cinematic perspective to the Smurfs franchise with this all-new story on the big screen.”

Nickelodeon, LAFIG Belgium and IMPS have also announced a second season (26 episodes) pickup of the original CG-animated television series The Smurfs. The all-new season will continue to follow the Smurfs on a variety of adventures, including time traveling, inventing a magic camera, accidental body swapping, and more.

This news builds on the previously announced Nickelodeon, LAFIG Belgium and IMPS partnership to bring a brand-new original CG-animated series based on The Smurfs to a new generation of kids and families around the world. Under the deal, Nickelodeon licensed the global rights to The Smurfs which follows Papa Smurf, Smurfette, Brainy, Hefty, Clumsy and others, on all-new adventures, packed with humor, heart and high-stakes action. The series launched Sept. 2021 in the U.S. and has since ranked among the top five animated series on cable with Kids 2-11. After its U.S. debut, it aired on Nickelodeon channels internationally. In Germany, Belgium and the Netherlands the series will air on the public channels KiKA, Ketnet, RTBF, and npo Zappelin, and in France on TF1.

In addition to the content partnership, ViacomCBS Consumer Products (VCP) is the consumer products licensing agent for The Smurfs property across the U.S., Canada, Mexico, the United Kingdom, Singapore, Malaysia and certain South American territories. VCP will seek new merchandising and promotional partners in select categories and territories for The Smurfs classic brand, in addition to a new product line for the new animated series The Smurfs, spanning a variety of categories, launching at retail in 2022.

The Smurfs film marks Nickelodeon Animation’s second CG-animated theatrical production. An all-new CG-animated Teenage Mutant Ninja Turtles: The Next Chapter, produced in partnership with award-winning Point Grey Pictures’ Seth Rogen, Evan Goldberg and James Weaver and directed by Jeff Rowe, is currently in production and slated for an August 4, 2023 release. PAW Patrol: The Movie hit theaters in 2021 from Spin Master, in association with Nickelodeon Movies and Paramount Pictures. The theatrical sequel PAW Patrol: The Mighty Movie, in partnership with Spin Master Entertainment and directed by Cal Brunker, is set to debut October 13, 2023.

For the film, The Smurfs’ right owners are represented by WME’s Dave Wirtschafter, Rob Markus and Jordan Naftalis.