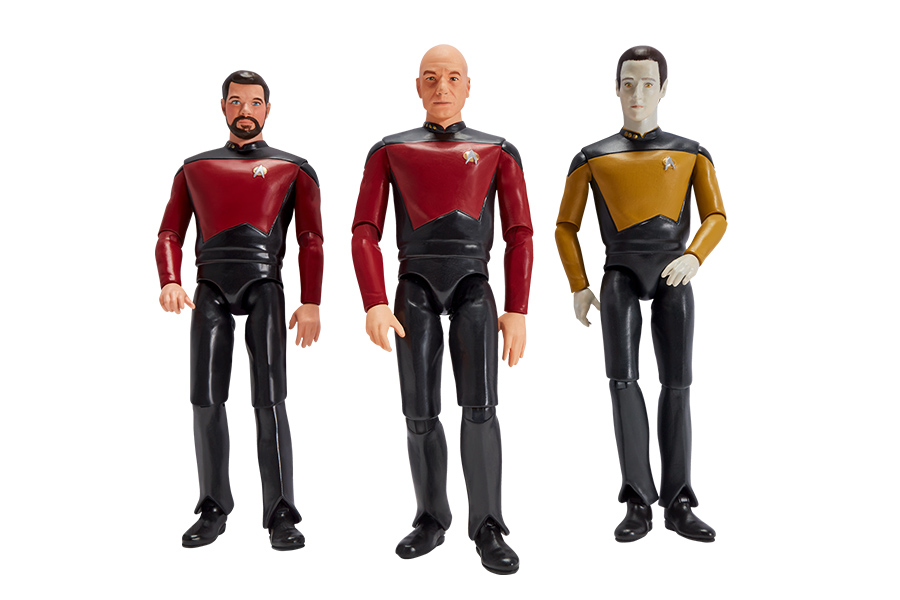 Some of the most iconic characters in the Star Trek universe are among the toys featured in the summer 2022 launch of Playmates Toys’ all-new collection of Star Trek action figures and accessories. Playmates marks its much-anticipated return, after a 12-year absence, as the global licensee across action figures, vehicles, ships and role play for all ViacomCBS Star Trek Properties.

The first figures and toys from Playmates will be available to fans this summer in a collection of retro figures from the most popular Star Trek TV and movie franchises, and from the latest hit series on Paramount+. The five-inch, 1:14 scale figures will feature the extraordinary attention to detail Playmates is known for, each with 14 points of articulation and packaged in either 1990s nostalgic packaging or newly designed Star Trek Universe blister cards, depending on the character.

The first wave in the Star Trek Universe collection, available online in July 2022 and in stores in the fall, will include the following 10 characters and items:

Playmates has been highly regarded among Star Trek collectors for the company’s attention to brand detail, authentic portrait sculpting, and innovations it brought to the category. The toy company will continually expand the Star Trek collector line with fan-requested favorites based on the dozens of Starfleet heroes and infamous aliens featured in the brand’s 13 motion pictures and 11 live-action series – from the original 1960s show through the current hit shows on Paramount+, including the premiere of “Star Trek: Strange New Worlds.”

Additional Star Trek Universe collection figures and accessories scheduled for release in early 2023 will be announced later this year.