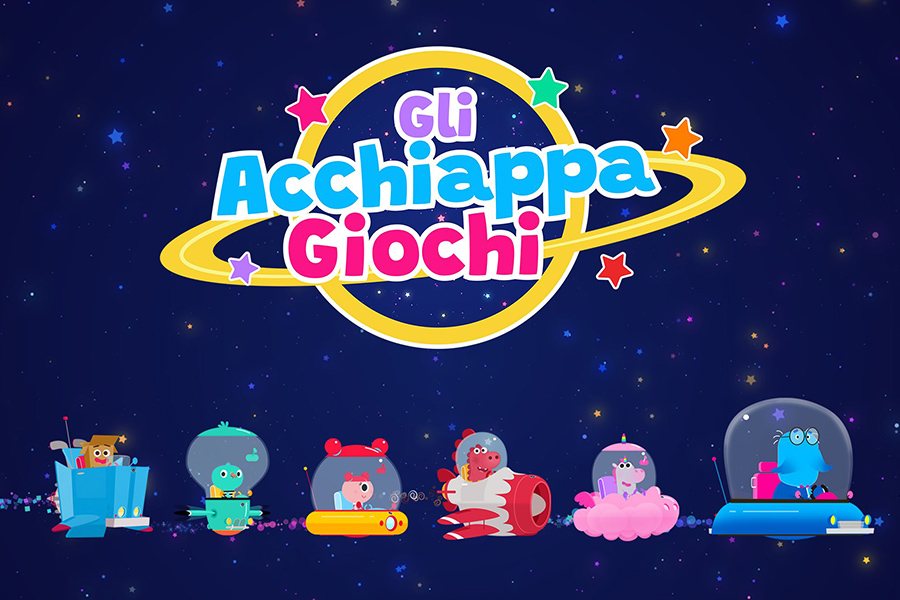 Tags from the story: "The Game Catchers", RAI Yoyo.

“The Game Catchers” fascinates and convinces the young viewers of Rai Yoyo who, during the Christmas holidays, have made the ratings of the new animated series soar to the rediscovery of backyard games.

Whether it’s the nostalgia for the games of the past or the desire to experience the outdoors, what is certain is that the new series, signed by Studio Bozzetto (Topo Tip, Carolina&Topo Tip Baby Dance and Raccontastorie) and co-produced with Sardine Productions and Rai Ragazzi, drives both children and parents crazy.

The numbers speak for themselves: during the Christmas holidays – the first broadcast of the series – Gli Acchiappagiochi was the most watched preschool programme on Rai Yoyo, with peaks above the channel’s average of 213,000 listeners and a share of 3.59%*.

The series tells the story of the space missions of 5 little aliens who travel from planet to planet to learn and collect new games, make friends and live intergalactic adventures. In each episode the young viewers discover the rules of a new game and can then have fun with their friends playing hide and seek, flag, knock-knock and all the 52 games presented in the first season of Gli Acchiappagiochi.