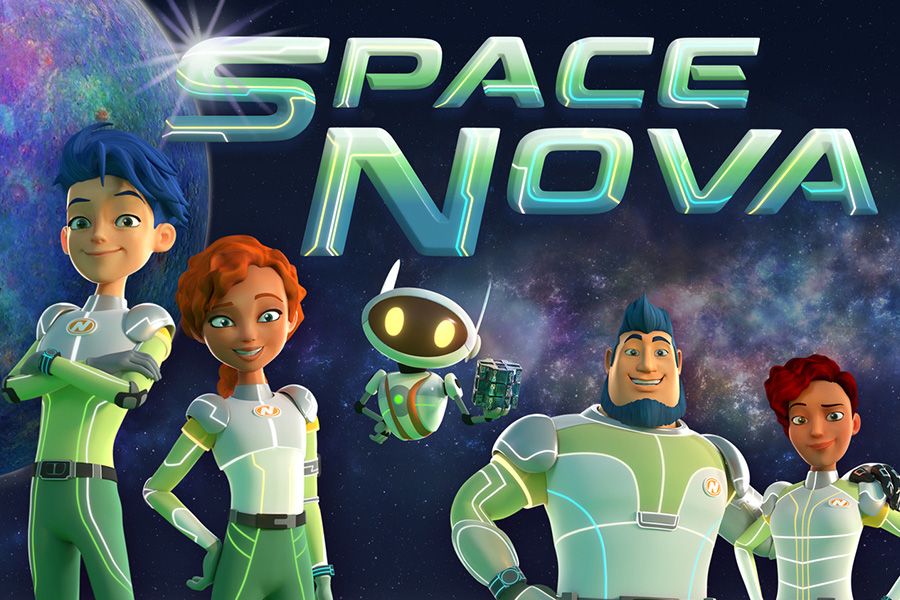 Broadcast live as an online ceremony on You Tube last night, the AWGIE Awards recognise and reward excellence in writing for stage and screen as well championing storytellers who have crafted works of strength, creativity, and ambition. The AWGIE Awards are the only writers’ awards judged solely by writers, based on the written script – the writer’s intention rather than the finished product.

Space Nova’s Pamela Barnacle is Alive and Well written by Melanie Alexander was also nominated in the category. This is the second AWGIE Award win for Space Nova, having won in the animation category last year at the 53rd AWGIE Awards for the episode Ghost Station written by Thomas Duncan-Watt.

“SLR Productions is absolutely thrilled for John Armstrong winning at this year’s AWGIE Awards in the animation category for Space Nova for his episode Seaweed Samba.  Space Nova has now won in this category two years in a row and demonstrates the incredible strength and creativity of the outstanding writing team led by Head Writer Thomas Duncan-Watt”, said SLR Productions’ CEO and Executive Producer, Suzanne Ryan.

Premiering on 9GO in Australia in 2020 followed by a broadcast on ABC ME, Space Nova was one of the top 50 programs on the Australian public broadcaster this year.

Consisting of 26 x 24-minute episodes, Space Nova is an animated series which follows the Nova family who embark on an action-packed quest for extra-terrestrial intelligence that will bring them face-to-face with epic life-forms, physics-defying phenomena, and out-of-this-world planets beyond their wildest dreams.

It’s the year 2162, and life is a blast for space adventuring siblings, Jet and Adelaide Nova.  Along with their parents, Josie and Hugo, these intrepid Aussies spend their days hopping rogue planets, surfing solar flares, and avoiding being eaten by every kind of plantimal – all in the name of science!  Still, what the Novas really want to do is meet intelligent extra-terrestrial life – something humanity has yet to do…

During a routine research mission, and after advice from astronomer Janali Banks, the Novas stumble across an abandoned alien space craft trapped in a Celestial Butterfly.

Even more incredible, this craft – made entirely out of rock – appears to be powered by a rainbow substance that’s so powerful it sends the craft zipping away at speeds humanity never dreamed possible.

Although the Novas are unable to capture the craft, or the ‘Star Dust’ that powers it, they now know that there is an advanced, intelligent species out there who can travel the universe in the blink of an eye and set off on a quest to find them!

Space Nova is a SLR Productions programme for ABC, the NINE Network and SUPER RTL.