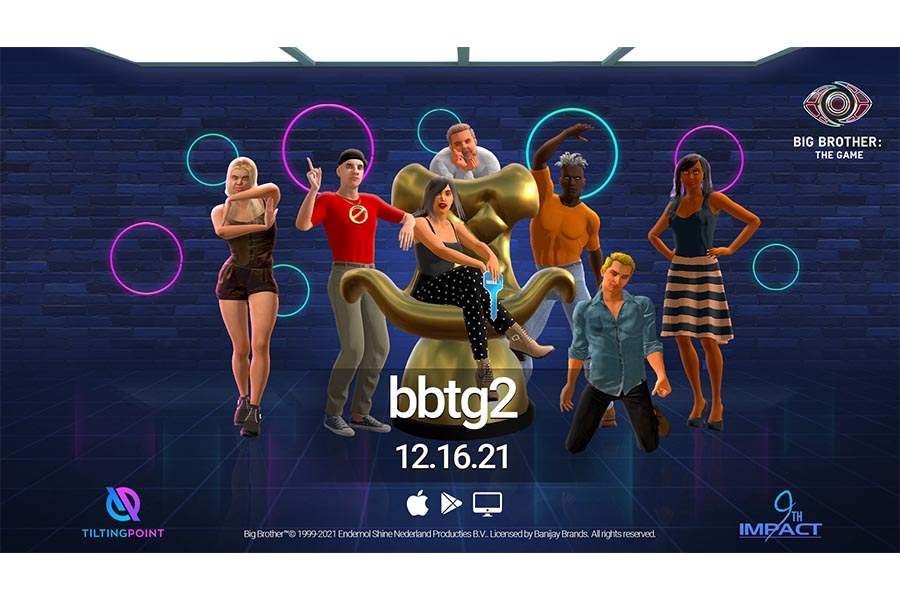 A second live mobile tournament, inspired by the hit TV phenomenon, will launch later this month

The multiplayer online reality TV game is available worldwide for Apple and Android devices and PC download. With a life-changing prize fund up for grabs, players can become virtual housemates, experiencing life as a Big Brother contestant. They must make strategic choices to remain in the house and ultimately become victorious.

Lex Scott, Commercial Director, Gaming & Gambling at Banijay Brands says: “Following the success of Big Brother: The Game I, we are delighted to extend our partnership with 9th Impact. Bringing in Tilting Point’s publishing expertise, we are set to supercharge the upcoming game, and entertain Big Brother fans around the world with this unique and immersive experience.

Finn Krewer, Head of Development at 9th Impact comments: “We have been building new house designs, new games and new mechanics like house juries, so I can’t wait for people to play on December 16 and hear what they think.”

Saad Khan, Vice President of Corporate Development and Business Development at Tilting Point added: “Big Brother: The Game has been defining the genre of Massively Multiplayer Reality TV games and the new tournament is introducing more gameplay innovation like real life auditions, so we’re excited to be extending the reach of this title to a global audience.”

Big Brother: The Game has 2 modes – Housemate and Spectator.  The game is free to download, and the Spectator mode is free with optional purchases. To become a Housemate the player must use a Token to enter the House which is an in-app purchase or audition to get an existing Housemate to sponsor their Token entry. Launching on October 15, 2020, Big Brother: The Game I ran for 288 days and ended with Amy from Delaware beating 33,724 rival contestants, to walk away with a $33,000 grand prize.

Big Brother first aired in the Netherlands over 20 years ago.  Since then, over 500 series have aired across 69 markets, producing over 28k episodes.  7,000+ housemates from around the globe have spent over 35,000 days in the house, with over 5,000 live evictions.  The format continues to deliver hit primetime ratings in long-running markets such as the US, Canada, Brazil, Italy, and Israel, while continuing to evolve, with high-profile comebacks in Australia and Benelux.