Tags from the story: NFT, Roberto Ricci, The Red Harlequin.

After surpassing the film and music industry in terms of annual revenues generated, the Video Game world continues to lead the entire Entertainment industry into the future 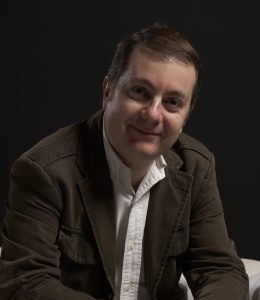 With the new use of blockchain technology and non-fungible tokens (NFT’s), a true revolution, the interaction between IP content, game platforms and fan interaction has been taken to a whole new level.

As a result of this this new frontier, new gaming models are emerging, such as the play-to-earn model, which marks a substantial change from the traditional play-to-win model. In a play-to-earn game, players are both encouraged and paid to play and develop the game further, thus helping it to expand exponentially (i.e., more tools, more characters, more realms).

For IP owners looking to out-license game rights, exploring these new platforms can be challenging but also incredibly rewarding in terms of user interaction and exponential growth of the worlds they have created.

Sky Mavis, the studio behind the popular NFT Game Axie Infinity generated $485 Million in revenues in just a few months this year.

From a player’s perspective, the idea of taking on an active role in expanding the world of a game can be extremely rewarding, and not just economically. Furthermore, with the launch of NFT’s (be it a virtual game card, a character, or a magical tool for example), a player can own or even create a piece of the game, contributing to the expansion of the universe itself.  Players can also take the NFT’s outside of the game platform in order to trade and exchange them with other fans. For IP and game owners, this can be another boon given that a smart contract embedded in the NFT can ensure that they receive a royalty every time the NFT gets resold.

As the creator of a Young Adult fantasy franchise like The Red Harlequin, that is constructed around a vivid and complex group of multichromatic warring nations, I can see how blockchain technology has already become the new frontier for gaming and emerging fantasy worlds. More specifically, having an existing rich world allows players not only to enter the universe, but to effectively transform it into a living and expanding metaverse, one where each player can choose how and where to interact. The more expandable or “alive” the game is, the more alive and relevant the story remains. And with a multi-platform IP like The Red Harlequin – that already has an open-ended series of five books in ten languages and a TV series in development – there is the huge added bonus that gamers could potentially see their contributions come to life in other genres and on bigger screens.

Roberto Ricci is the author and creator of ‘The Red Harlequin’, a transmedia entertainment property based on his series of fantasy novels and comic books. The books, audiobooks and comics have been translated into 13 languages and sold into 20 countries, from the US, Canada, and France to China, Russia and Brazil. A TV series is currently in development with iconic entertainment company, The Wolper Organization. Under the leadership of David and now Mark Wolper, TWO has been responsible for over 500 films, which have won more than 150 awards, including two Oscars, 50 Emmys, seven Golden Globes, and five Peabody’s.

The Red Harlequin is owned and managed by Pantomimus Media Ltd, which Roberto co-founded with media veteran Lisa Hryniewicz and with the support of IPR.VC, a private equity investment fund exclusively targeting the media and entertainment business.