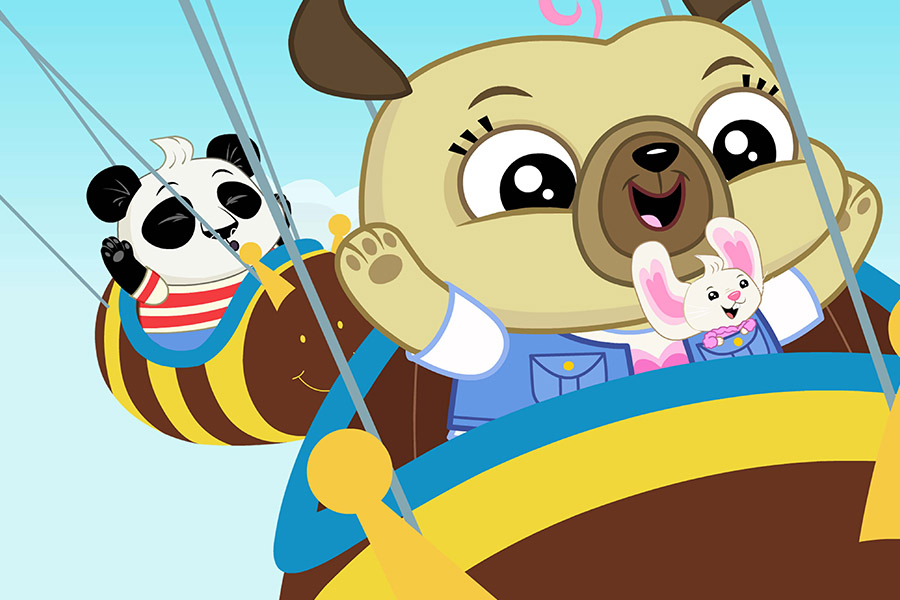 Extensive toy range based on global hit animated property will launch in Fall 2022, under partnership brokered by WildBrain CPLG

The Master Toy partnership with JAKKS Pacific will launch the brand from the screen to the toy shelf, as JAKKS Pacific develops a range across multiple toy categories, including plush, figures, playsets, and role play for North America, the UK and Australia. Launch for the range is scheduled from Fall 2022. The deal with JAKKS Pacific was brokered by WildBrain’s consumer products licensing agency, WildBrain CPLG.

Michael Riley, Chief Brands Officer at WildBrain, said: “Chip & Potato is a terrific example of WildBrain’s brand capabilities extending from development and production, through global distribution, to consumer products licensing. Chip & Potato has captured the hearts of kids and families around the world, and it’s been a delight to work with Netflix and Darrall Macqueen to deliver this original property to a huge global audience. We look forward now to extending that enjoyment off screen for kids with new toys from JAKKS Pacific.”

Virginia Reneau, SVP of Global Licensing at JAKKS Pacific, Inc, added: “Preschool products and toys is a priority category at JAKKS and Chip & Potato is the perfect fit for our growing line. We look forward to working with WildBrain to bring Chip, Potato and the rest of their friends to the toy aisle.”

Jasen Wright, VP of North America at WildBrain CPLG, added: “With its diverse characters, charming visual style and international fan base, Chip and Potato offers significant potential in the L&M space. Welcoming JAKKS Pacific on board marks a meaningful first step as we unlock consumer products opportunities for this original property. JAKKS is perfectly placed to translate the fun, colorful and inclusive world of Chip and Potato into an imaginative toy range for young fans.”

Produced at WildBrain’s Vancouver animation studio, Chip & Potato follows Chip, a five-year-old pug whose life is about to change. She’s going it alone at kindergarten, play dates and sleepovers, facing big life challenges without grown-ups. There to help and comfort Chip whenever she needs it is her best friend Potato: a little “toy” who she snuggles in her pocket. However, Potato is actually a real, living mouse who must be kept a secret.