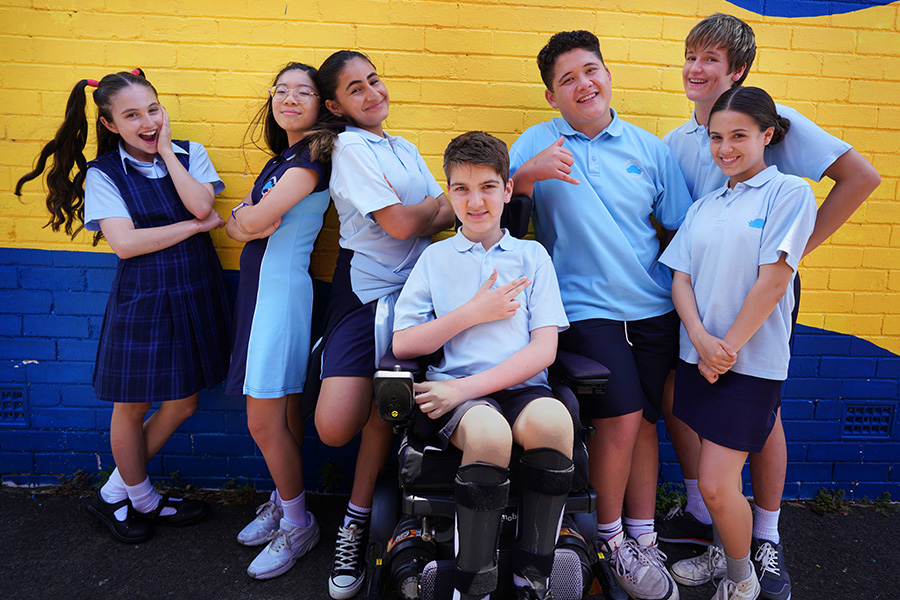 APC Kids, the children’s entertainment division of leading co-production and distribution group APC Studios, has secured a deal with France Télévisions for live action series comedy drama Hardball season two (10 x 24’) and critically acclaimed DisRupted (3 x 23’), both of which are distributed worldwide by the Australian Children’s Television Foundation (ACTF) excluding France. APC Kids is the exclusive sales agent for the ACTF in France and other French-speaking European territories.

Produced by Northern Pictures in association with Screen Australia, Create NSW and the ACTF, Hardball season two will launch on France Télévisions in 2022, following the season one debut on Okoo. Aimed at children aged 8-12, the second season picks up with life being great since Mikey won ‘Sasi-Wests-Hat’ handball tournament, but things get complicated with the end of primary school fast approaching, the arrival of new classmates who seem more like sporting superstar villains, and an important scholarship opportunity for Mikey that could break up the gang for good.

A live action series of films produced by CJZ, Sticky Pictures and LateNite Films, DisRupted explores universal themes through unique perspectives: newly discovered independence, finding your own voice, the power of friendship and your relationship to the world around you. The films in the series have seen critical acclaim, winning the Representation of Diversity in Kids’ Programming award at the 2020 MIPCOM Diversify TV Excellence Awards and have been nominated for Best Work in the Primary Category at the 2020 NHK Japan Prize.

The films were created through ABC and Screen Australia’s DisRupted initiative where all three films were led by young Australian creatives with disability and supported by producers from Sticky Pictures, CJZ and LateNite Films. They are set to launch on Okoo, the kids France Télévisions platform from the 18 November and on France 4, the kids channel, from the 20 November for the National School Harassment Day.

Lionel Marty, Managing Director of APC Kids, says: “We are thrilled to continue our successful partnership with the ACTF. Hardball is an original, fresh comedy and after seeing a great reaction to the first season, we are confident that the second season will be highly anticipated by the show’s French fans. We are also very much looking forward to bringing French audiences the DisRupted trio of films which provide thought-provoking content for, and created by, talented young people.”

ACTF Executive Producer, Bernadette O’Mahony says: “Hardball is a clever, warm and funny series and it’s wonderful to see that audiences right across the globe love it as much as we do. The second series is full of new twists and turns and hilarious new characters, and we’re thrilled French audiences will get to enjoy more of the Block Street gang’s fun and crazy world. We’re also excited to see how French audiences respond to the DisRupted films, which challenge viewers to reflect on the experience of disability and the importance of accessibility and inclusion in a clever, funny and entertaining way.”