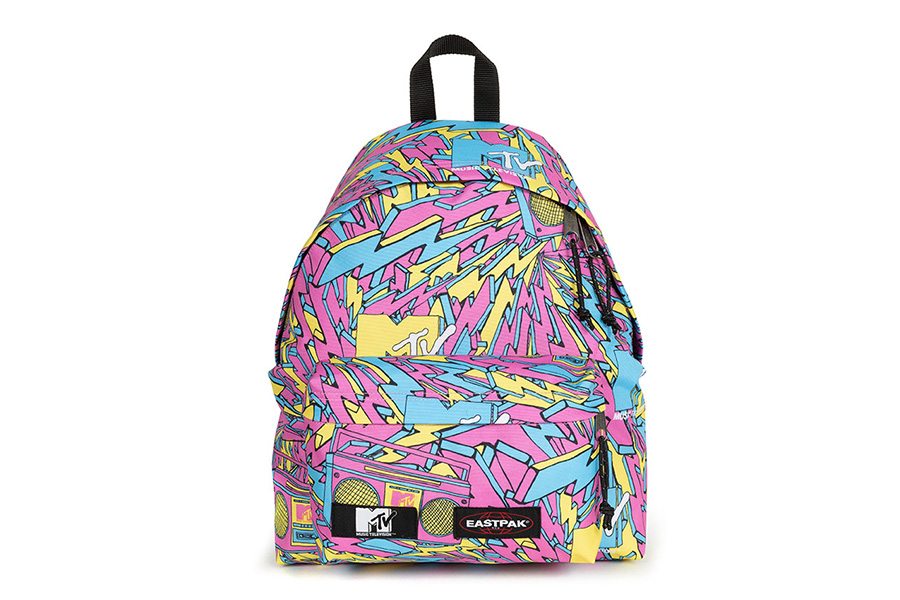 WildBrain CPLG, one of the world’s leading entertainment, sport and brand licensing agencies, has secured a global deal with Eastpak for a collection inspired by ViacomCBS Consumer Products’ iconic pop culture and entertainment brand MTV. The range launched earlier this month and during MTV’s 40th anniversary year, and spans backpacks, a duffel bag and bum bag, all featuring bold hand-drawn elements and bright ’80s-inspired graphics. The deal was brokered by WildBrain CPLG’s Benelux team.

MTV is recognised for leading and evolving with youth culture for four decades. The brand celebrates the spirit of youth – from escapism to activism, and fuels pop-culture conversations by being the ultimate music insider. The MTV x Eastpak range is now available at Eastpak’s stores and website globally and is being supported by an extensive marketing and social media campaign.

Peter Evers, Commercial Director Benelux at WildBrain CPLG, said: “There continues to be significant demand from consumers for merchandise that evokes a feeling of nostalgia and transports them back to a moment in time. Through this loud and bold collection, we’ve brought together two decade-defining brands from the ’80s to create a line that celebrates not only the importance of both MTV and Eastpak during that era, but also their continuing appeal with young adults today.”

Maxime Morel, Senior Merchandiser Special Projects at VF International, added: “Our new collaboration with MTV reimagines our classic designs in the style of the world’s most iconic entertainment brand. We translated the nostalgic MTV graphics into a capsule collection that features three vibrant prints, and each design stands out with co-branded MTV and Eastpak logos. The boombox-inspired MTV Duffle bag is exclusive to this collection, paying homage to the 1980s era.”

WildBrain CPLG represents additional pop culture and retro ViacomCBS Consumer Products brands in multiple territories, including MTV, Star Trek, Twin Peaks and 90210. This MTV x Eastpak collaboration builds upon WildBrain CPLG’s recent deal for ViacomCBS Consumer Products with Tommy Hilfiger, which saw the successful launch of ‘A Blast From The Past’ capsule fashion collection this summer. The Hilfiger range features iconic characters and logos from Nickelodeon and MTV across a range of T-shirts, sweats, and hoodies.