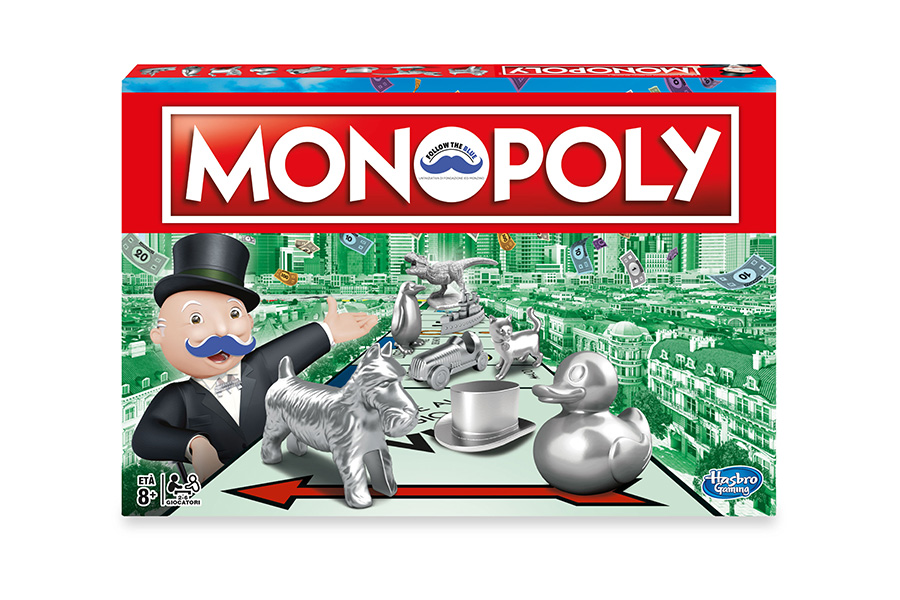 The world’s most famous board game brand goes into action in support of the IEO-MONZINO Foundation’s “Follow The Blue” campaign, and with him TvBoy, as a well-known street artist and attentive father, dedicates a work to the initiative and launches a strong message of awareness aimed at all fathers

Monopoly, the brand of boxed games most loved by families that since 1935 has created memories and aroused emotions in at least 1 billion players, is taking action in support of the Follow The Blue initiative launched by the IEO-MONZINO Foundation, a non-profit organisation, the only one that exclusively and directly finances the clinical and experimental research of the European Institute of Oncology and the Monzino Cardiology Centre. Finally, talking about male prevention in Italy is no longer taboo. Even in our country, in fact, November becomes the month dedicated to prevention and men’s health. A topic that is often ‘snubbed’ and left in the background because it is considered ‘uncomfortable to deal with’, but whose numbers speak for themselves: men live an average of 5 years less than women and face the deepest problems, such as illness, in solitude. And while 70% say their friends can count on them, only 48% rely on a friend*. Hence the need for widespread information and awareness-raising, starting with fathers, who are a point of reference for their children and an essential support throughout their lives: taking care of your own health is a fundamental gesture towards yourself and a true act of love towards your loved ones, starting with your children.

And so it is that Monopoly is active in support of clinical and experimental research at the European Institute of Oncology, donating part of the proceeds from the sale of Monopoly products in November to the IEO-MONZINO Foundation and promoting the “days of information and prevention”: the next Wednesday, November 10th, 17th and 24th, IEO will open its doors for a series of free screenings and examinations dedicated to the male population, which can be easily booked with a few clicks from the dedicated IEO website. During these days you can learn about the theme, environmental and genetic risks by talking directly with a specialist urologist available to patients, and you can also visit for free.