Interview with creator Charlotte M., the young web star with dizzying figures who has already developed her own licensing programme for her fans

Maurizio Distefano Licensing is the world-wide licensing agent for Charlotte M., the young web star who can be defined as a Creator, Influencer and above all a Youtuber with her 958,000 subscribers to her constantly growing online channel.

This 13-years-old girl also has a huge fan base on the “kids’” social networks, with her 980,000 followers on TikTok and 133,000 on Instagram. Impressive is the increase in these numbers, which rise with more than 1,000 new contacts every day. Maurizio Distefano Licensing oversees her licensing programme, which already sees the first players on board for the launch of new Charlotte M branded products.

LM interviewed Charlotte M. to ask her directly about her story and her personality, which are the key to her success. 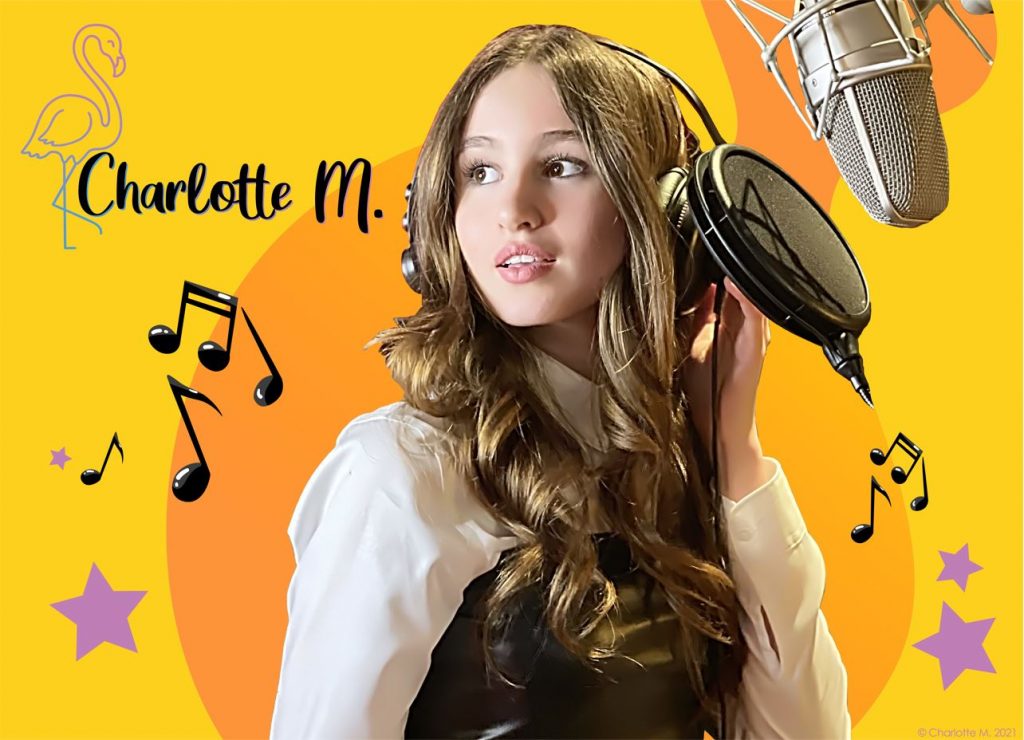 Online and web phenomena often come about without planning. How did your story begin, and have you ever thought to get such a resonance?

It all started when, at the age of eight, I started making videos in my bedroom just for fun and posting them on YouTube. I did it because I enjoyed telling short stories about my life with friends, boyfriends, and everyday situations. Since it all started as a joke, I never thought I would have reached so many people…

Perhaps your spontaneity brings you so close to your fans, who are mainly school-age girls. What projects have arisen from your popularity?

In my videos I talk about myself and my friends and what is important is that we all have fun together, especially in creating funny or absurd stories and situations. More than that, I am so happy to have so many people following me and showing me their affection in their online comments. I still can’t believe that my content can give rise to real products and when I see them in shops it is an incredible emotion!

Maurizio Distefano Licensing has already finalized some licensing agreements with major Italian companies who plan to launch Charlotte M. branded products from the first quarter of 2022. We also know that two of your books have already been published. Will there be more?

Yes, my first book, published by Fabbri Editori, “Un’estate al college infestato” (A Summer at Haunted College), came out in 2020, while the second came out this year and is entitled “Un amore oltreoceano” (An Overseas Love Affair), an adventure set in Los Angeles for kids aged 9 and up. A third book is planned for February 2022, also published by Fabbri Editori, but I can’t reveal anything more!

Apart from consumer products, what are your other plans for the future?

I’ve already released two songs; I love singing and I’m happy that my fans really enjoyed them. I’ve just finished recording my third song and will be test more songs in the upcoming months, in English and Spanish speaking too!

Then, I am honored to be part as a voice actor in two films that will be in cinemas in early 2022. We are also working on turning my first book “A Summer at the Haunted College” into a movie with me as the main character! This is perhaps the project I am most excited about, together with the production of a TV series for all my fans, also planned for 2022.

Maurizio Distefano, President of the MDL agency, says: “Charlotte M.’s success is clearly evident from its figures, but also from the planning behind the launch of new content and her participation in various productions. The product categories to be involved in the licensing programme are numerous and the development of a style guide offers products with the true essence of Charlotte to all her several fans.”