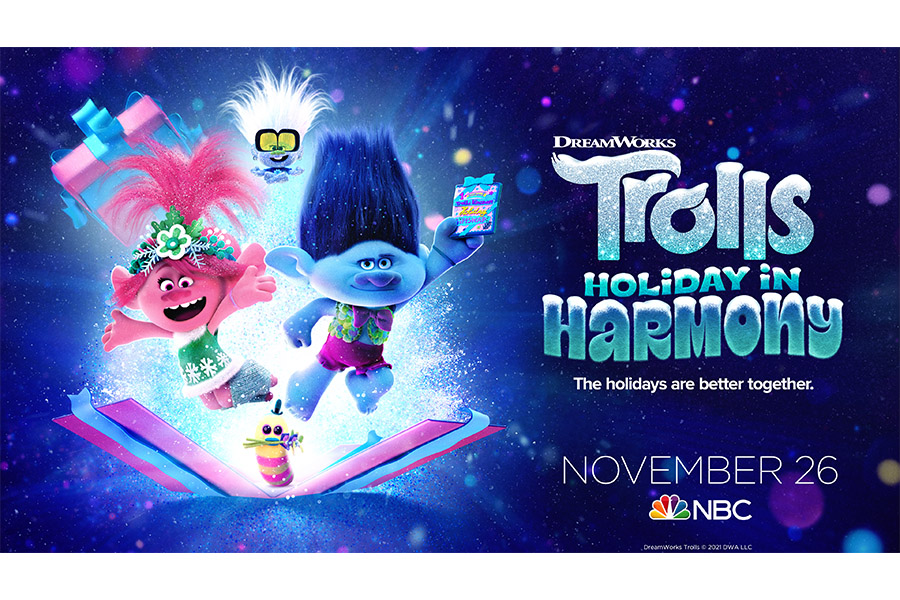 “Trolls Holiday in Harmony,” a half-hour animated musical special from the popular DreamWorks Animation franchise, is set to premiere Friday, Nov. 26 at 9 p.m. ET/PT on NBC.

As the holidays near, Queen Poppy plans the first annual Trolls Kingdom Secret Holiday Gift Swap. Things take an unexpected turn, however, when she and Branch draw each other’s name. Meanwhile, Tiny Diamond comes down with a bad case of writers’ block trying to think of a special holiday rap for his dad.

The special is written and directed by Sean Charmatz and Tim Heitz with Gina Shay and Walt Dohrn serving as the executive producers.

Following its premiere on NBC, “Trolls Holiday in Harmony,” will be available to own on Digital and DVD Nov. 30, 2021, from Universal Pictures Home Entertainment.

A digital soundtrack for the special will be released by RCA Records on Nov. 26 to coincide with the special airing on NBC. For additional information, visit: https://smarturl.it/TrollsHIH.OST