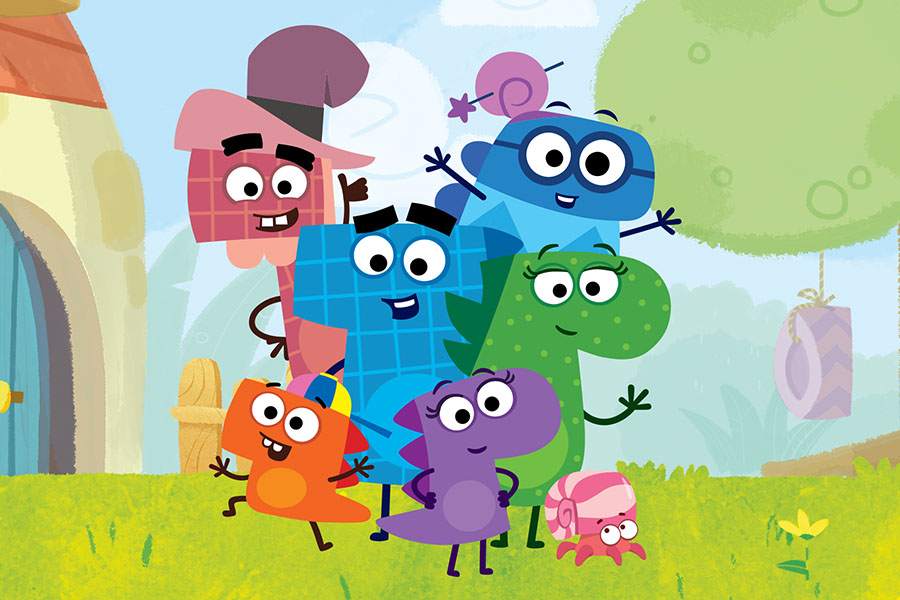 APC Kids, the children’s entertainment division of leading co-production and distribution group APC Studios, has secured a wave of international sales for its preschool series DinoCity, produced by Riki Group in partnership with Animax Production animation studio. The series began rolling out in Europe earlier this year and will premiere in Russia on Karusel TV this Friday 22nd October.

The hit 2D animated series will be heading to Discovery Italia which has picked up free TV rights for broadcast on its channel Frisbee, and All Media Latvia in the Baltics (Estonia, Latvia and Lithuania) which has secured non-exclusive SVOD rights. APC Kids has also licensed free TV rights to TG4 for the Republic of Ireland and Minika for Turkey.

Lionel Marty, Managing Director of APC Kids, says: “After receiving a hugely positive response to the show’s premiere, we’re delighted to be building on the success of DinoCity by announcing new global broadcast partners. DinoCity is not only fun and adventure filled but focuses on important themes such as family and friendship which will resonate with new audiences across the world.”

Sandro Sgrulloni, Programming & Content Acquisition Senior Manager at Discovery Kids: “We’re very happy that DinoCity is landing on Frisbee. Frisbee is a colourful place where kids can be given full rein to their imagination and we’re sure the stories of this ordinary family – to which the audience can relate to – and the everyday situations that turn into amazing adventures, will bring fun and excitement to our viewers.”

Anna Mysskaya, Riki Group Head of International Department, comments: “DinoCity was initially created to harness the demand for truly global animation and we are so excited to see how this story will find viewers all around the world. It rarely happens that the world premiere of a project takes place outside of its origin country and so we are delighted to follow in the success of DinoCity’s debut in Italy and the UK. These new partnerships with Discovery Italia, All Media Latvia and TG4 are testament to the show’s broad appeal and we’re looking forward to shortly debuting the series on Karusel TV channel. We’re sure local Russian viewers will have the same positive reaction as we’ve seen from international audiences so far.”

DinoCity is an original preschool series created by Riki Group, in partnership with Animax Production animation studio, which portrays a family of dinosaurs in a perfectly urban setting. Little Ricky and his elder sister Tyra manage to turn most everyday situations into something quite extraordinary. Anything can become a new game, a new adventure for these kids. Their parents will often gladly join them in their playfulness and follow their crazy reasoning, in order to help them channel all that energy and imagination… and to make sure they do not turn the house upside down!

APC Kids co-invested in the production of the 52 x 5’ international version of the series and holds exclusive distribution rights in all territories excluding Russia, CIS and China.