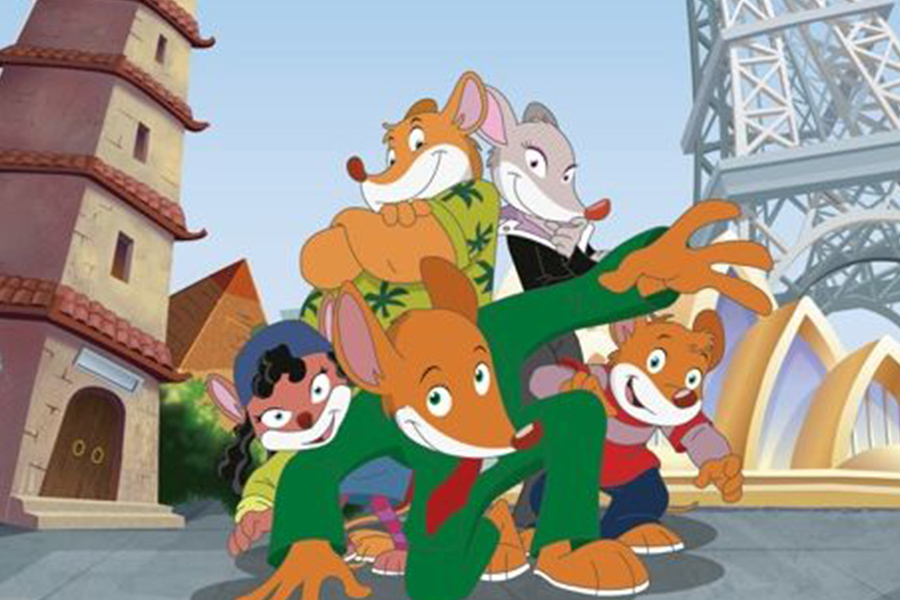 GERONIMO STILTON ARRIVES IN USA AND UNITED KINGDOM ON HAPPYKIDS

Beginning October 2021, the first season (26 x 23 min) of Geronimo Stiltonwill be available on HappyKids streaming platform throughout the US and the UK. Based-on the books of the same name by Elisabetta Dami (Scholastic distributes in the US) both the books and TV series tell the tales of a journalist mouse as he and his family scour New Mouse City for scoops and travel on wonderful adventures around the world.

“We are so excited to have found the right streaming partner for our beloved “Geronimo Stilton” animated series,” noted Alessandra Dematteis, Distribution Manager. “We are very anxious to bring his animated adventures back to his many fans.  His old and new young reading enthusiasts can now enjoy seeing all of his delightful adventures come visually to life on their own favorite screens.”

Future Today and the HappyKids network of channels have quickly become one of the largest publishers of family-friendly content on streaming platforms, with a portfolio of over 150 apps for channels dedicated to the genre, and provides 24/7 access to many of today’s most popular TV series and movies free of charge to viewers across the world.

“Geronimo Stilton is a captivating, animated family series young viewers love” said David Di Lorenzo, SVP, Kids & Family at Future Today. “Geronimo’s evolution from page to screen has allowed an entire new generation of fans join in on the adventures, while expanding their curiosity and imaginations. We couldn’t be happier to extend our partnership with Atlantyca Entertainment, and bring their extensive library of premium children’s content to millions of HappyKids viewers.”

The HappyKids channel is entirely free,  COPPA compliant and KidSafe certified, and is available across numerous streaming platforms and devices, including Roku, Apple TV, AndroidTV, Amazon Fire TV, Comcast Xfinity, Cox Contour, iOS, Android, and most recently, as a linear channel on Vizio Smart TVs. Future Today is the only full-stack streaming solution that packages branded channels and delivers audiences to watch them.