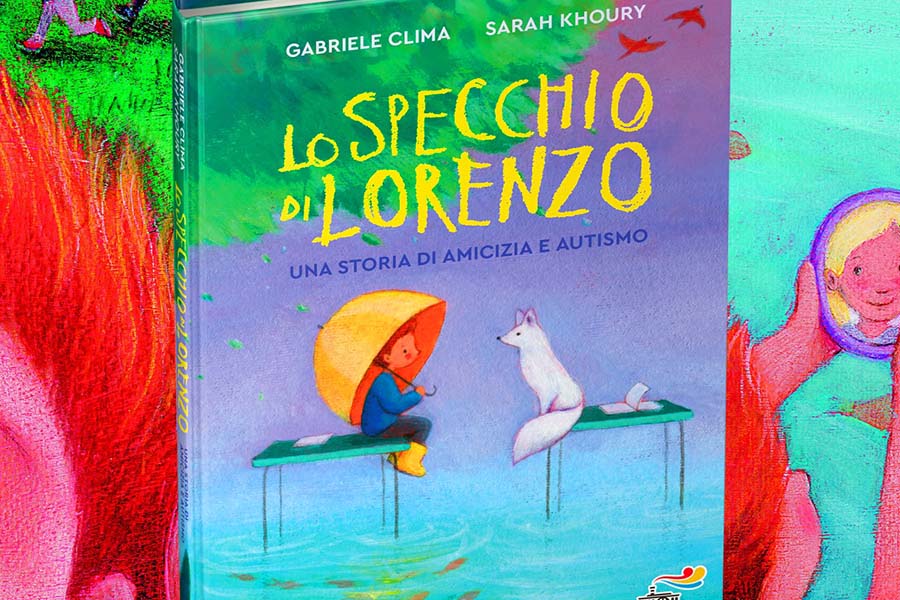 On 5 October, Lorenzo’s mirror book was released, edited by Il Battello a Vapore. Taken from the homonymous animated short film Rai, it wants to talk sweetly to children about autism

Can imagination save our lives? The new book Lo Specchio di Lorenzo, published on 5 October by Il Battello a Vapore publishing house, clearly answers this question.

Recommended for ages 7 and up, it boasts the dreamlike illustrations by Sarah Khoury and the pen of Gabriele Clima (Andersen Prize 2017).

It was taken from the homonymous animated short film Rai on autism, which saw the participation for the music of members and collaborators of the Elio e le storie tese group. For this reason Stefano “Elio” Belisari has written the preface of the text, commenting: “Lorenzo’s mirror is a book that tells us how complicated and important it is to get in touch with an autistic child. Love, empathy and perseverance are needed and it is good for everyone to learn: because autism affects not only millions of people but all of us ”.