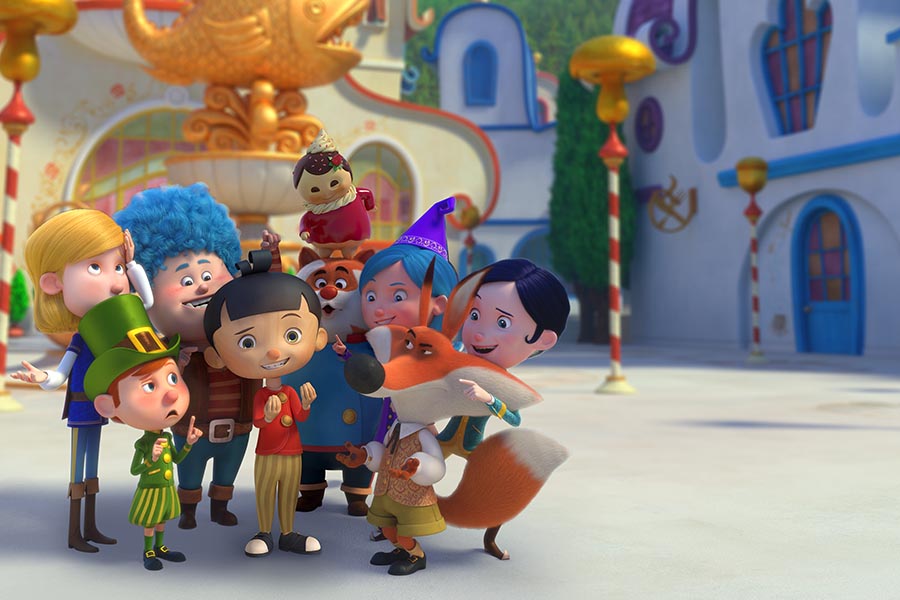 A European cartoon co-production involving Italian, French and German public television is making its world premiere on RAI: it is Il Villaggio Incantato di Pinocchio, an adaptation of Carlo Collodi’s masterpiece, from 11 October on Rai Yoyo and a preview on RaiPlay from 4 October.

The first animated product by Palomar, the Italian film and television production company behind such beloved titles as “Il Commissario Montalbano” and “Braccialetti Rossi”, the series was made in the new Reggio Emilia studio, together with French company Method Animation, already behind the successful film and animated series “Il Piccolo Principe”, with the participation of Rai Ragazzi, France Télévisions, ZDF and ZDF Enterprises. 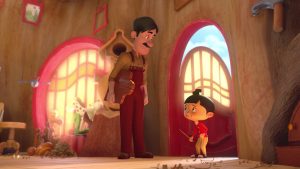 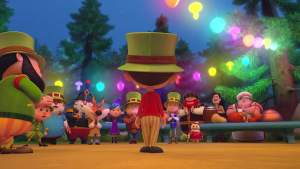 A series for the whole family, lively and entertaining, in which the world of childhood meets the world of fairy tales. In The Enchanted Village of Pinocchio, in fact, in addition to the famous puppet protagonist of the world-famous classic of Italian literature, the fairy tale characters that we have learned to know and love since our childhood live on… with their children. The Enchanted Village, nestled between a mysterious forest and a sparkling lake, is where they all went to live at the end of the stories that made them famous.

And of course, our hero, Pinocchio, also lives in the village. With him is a merry band of friends with whom to face the adventures of everyday life, just as children do all over the world. One is the daughter of an ogress, another of an elf, there is the daughter of Sleeping Beauty, the son of Prince Charming and even… the bad wolf! With this colourful gang, comical and surprising adventures are guaranteed. 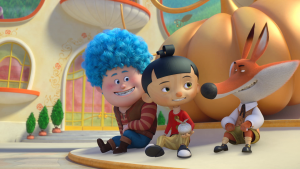 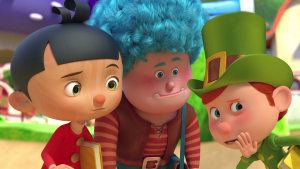 In their daily lives as children, Pinocchio and his friends will face eternal and universal themes such as the value of friendship, the love parents have for their children, fairness and justice, and the rejection of intolerance and exclusion. Their experiences will be similar to the daily lives of children all over the world… but with a little more magic and wonder.

Pinocchio is a cunning boy, but he has a big heart and always takes on the problems of his friends. But sometimes he cannot foresee the consequences of his own actions and especially of his lies. But episode after episode, his adventures will help him to grow.