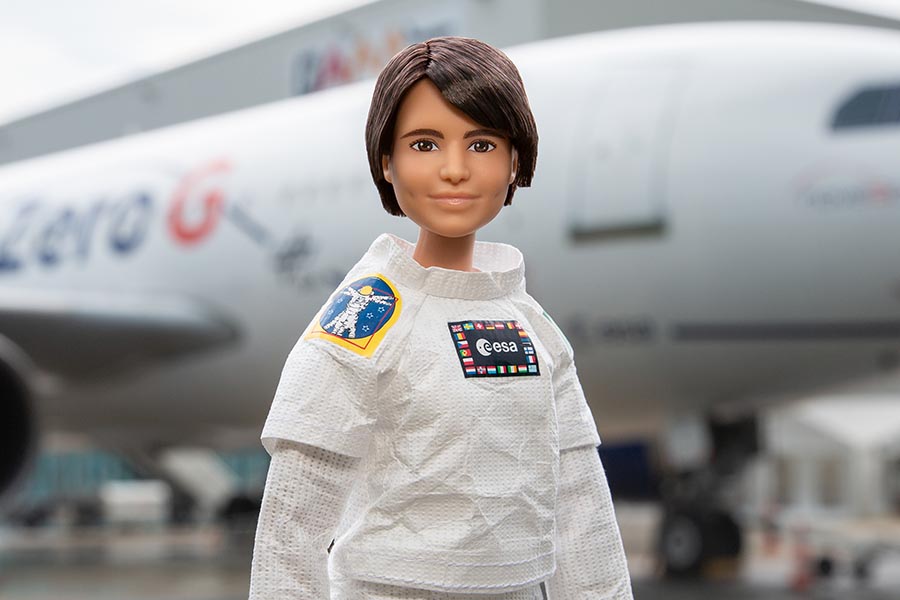 ON THE OCCASION OF WORLD SPACE WEEK, BARBIE IS GOING ZERO GRAVITY!

During ‘World Space Week’, Barbie will partner with the European Space Agency (ESA) and its only active European astronaut, Samantha Cristoforetti, to celebrate ‘Women in Space’/’Women in Space’ and inspire little girls around the world to consider STEM fields as a viable career option. Part of the proceeds from the sales of the Barbie Samantha Cristoforetti doll, previously made as a one-off Barbie, and now available across Europe, will be donated to Women In Aerospace to inspire the next generation through a Barbie scholarship for a female student’s PhD.

In addition, the doll created in Samantha’s likeness departed from the ESA base in Germany and travelled on a zero gravity flight, replicating the training and experience of a real astronaut.

Samantha Cristoforetti, 44, from Italy – is an aviatrix, engineer, astronaut and is currently in training ahead of her next mission to the International Space Station in April 2022. During her six months of service, she will take on the role of Commander and plans to take her doll on missions with her to continue to inspire girls.

In fact, research shows that women are still underrepresented in STEM careers and even at a young age, girls say they are less confident in their maths skills at school. This means they are missing out on potentially rewarding and well-paying careers in this sector, where the employment growth rate is three times faster than in non-STEM jobs. 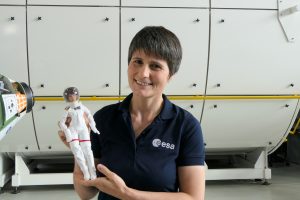 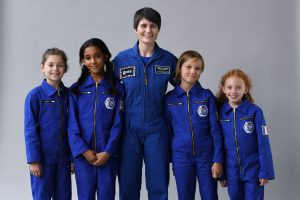 For the past 55 years, Barbie has been inspiring little girls through careers in space, ever since her first Astronaut Barbie doll “walked on the moon” in 1965, before man had even done so. Barbie has been an astrophysicist, space scientist and astronaut, and has made One-Of-A-Kind dolls of role models for little girls, such as Sally Ride from the USA, Anna Kikina from Russia and, of course, Samantha Cristoforetti from ESA.

Showing girls STEM careers is one of the ways the brand is working to bridge the Dream Gap – the gap between girls and their infinite potential. Research shows that from the age of five, many girls develop self-limiting beliefs and begin to think they are not as smart and capable as boys. They stop believing that their gender can do or be anything. Barbie launched the Dream Gap Project in 2018, an ongoing global initiative that gives girls the resources and support they need to continue to believe in themselves.

The Barbie/ESA partnership was devised after research in the UK, conducted in 2019, showed that 4 out of 10 parents felt they should not inspire their daughters to pursue this type of career, due to their own lack of knowledge in this area. More than 30% did not believe there were enough positive role models in space and STEM-related fields for girls, while 70% agreed that women’s achievements in space should be more equal to those of their male counterparts.