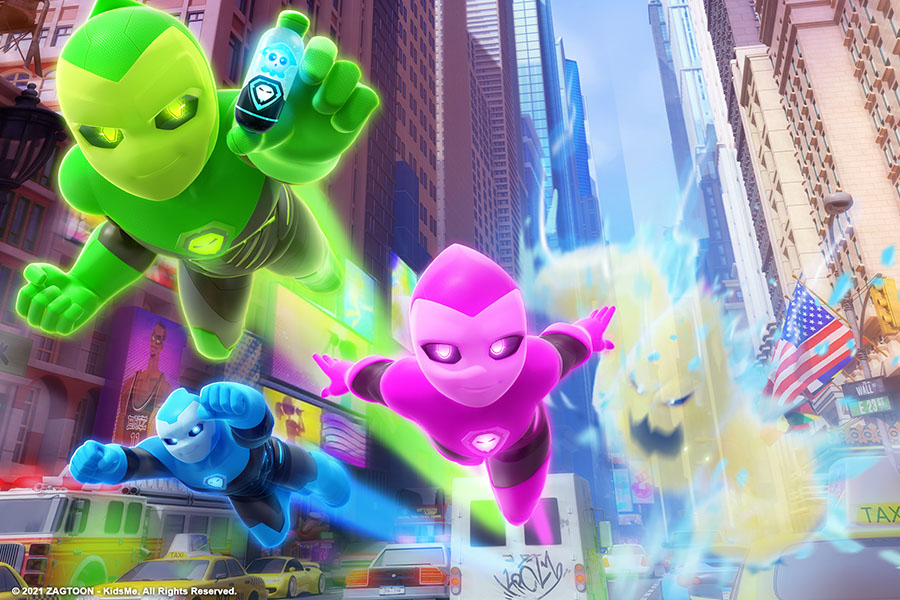 Disney Channels has licensed 52 x 11’ episodes of Ghostforce™ for North America, Japan and India, adding to the existing deals with Disney Channel EMEA, Russia and the Middle East.  Ghostforce had its world premiere in France on TF1 on August 28, 2021; and Disney Channel has already debuted the series in Germany and Israel, with additional territories rolling out this fall.

“Disney is the ideal home for our newest series, Ghostforce, that will be enjoyed by boys and girls alike,” commented Jeremy Zag, Founder and CEO, ZAG. “We are so grateful to all of our partners—TF1, Disney Channel, and Playmates—for helping us bring this original new series to life.  Ghostforce had a spectacular debut on TF1 in France with an audience share of over 35% and is already resonating with kids as we are seeing tons of activity increasing across social media channels.”

In Ghostforce, the stakes are high but always incredibly fun!  LIV, ANDY and MIKE are three junior-high school students who secretly form a team of superheroes, the Ghostforce, to fight the ghosts of New York.  Ms. Jones, a brilliant scientist, is the founder and commander of the Ghostforce and does everything she can to better identify the ghosts and has even created a fourth member, GLOWBOO, an Artificial Intelligence running on phantom energy.  With each mission, Liv, Andy, and Mike transform into Myst, Fury and Krush, superheroes armed with the powers of the ghosts they capture and high-tech gadgets invented by Ms. Jones.  They are the only ones who have the ability to hunt down the ghosts and fight them… before they hurry back to school so they don’t miss the next science class!

Ghostforce™ is co-produced with De Agostini Editores S.P.A.  A toy line for the series from ZAG Lab and Playmates will be available in 2022.