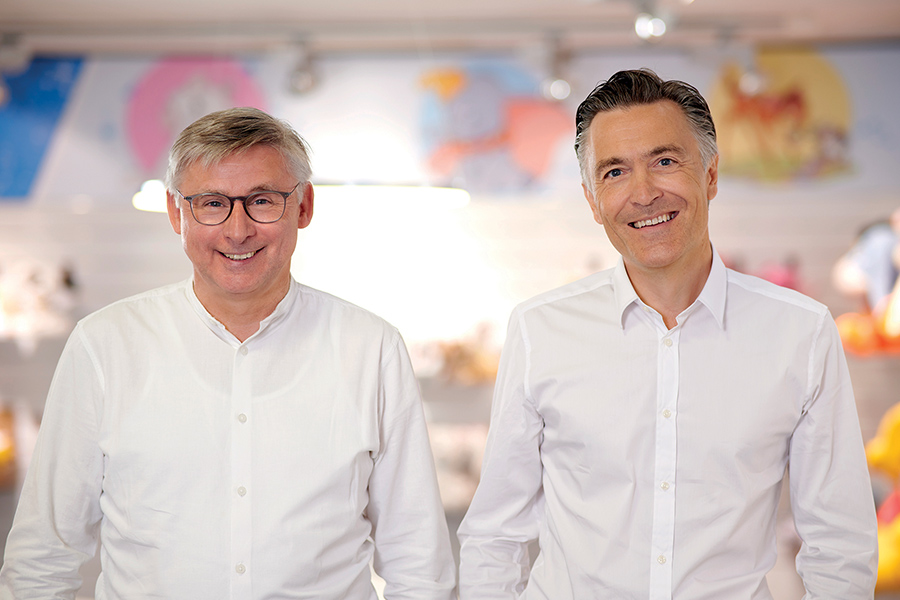 N.V. Simba Toys Benelux S.A. has announced a change to its management

N.V. Simba Toys Benelux S.A., the subsidiary of the internationally active Simba Dickie Group head quartered in the Belgian village of Aalbeke, has announced a change to its management.

The long-standing managing directors Paul Lannoy and Dick Verhoye started their well-earned retirement on 30 September 2021. They handing over leadership of the company to Dirk Cremelie and Emmanuel Verledens.According to Manfred Duschl, CFO of the Simba Dickie Group in Fürth/Germany, “Dirk Cremelie will be appointed as Managing Director, and Emmanuel Verledens will support him as Sales and Marketing Director”.

Paul Lannoy and Dick Verhoye founded their company in 1987 with the aim of selling toys, just like the Simba and Dickie brands. In 2000 they developed their own plush toy collection called “Nicotoy”. In 2006, Nicotoy became part of the Simba Dickie Group as a joint venture.

The entire board of the Simba Dickie Group would like to send their best wishes to the two long-standing partners: “We would like to thank Dick and Paul for their commitment and successful collaboration over the years, and wish them all the best for the next phase of their lives! In the future, our subsidiary N.V. Simba Toys Benelux S.A. will be led by Dirk Cremelie as Managing Director and Emmanuel Verledens as Sales and Marketing Director. Dirk and Emmanuel are long-standing and valued members of the team in Aalbeke, and we are delighted to have appointed them as managers. We wish them every success in their new roles.”