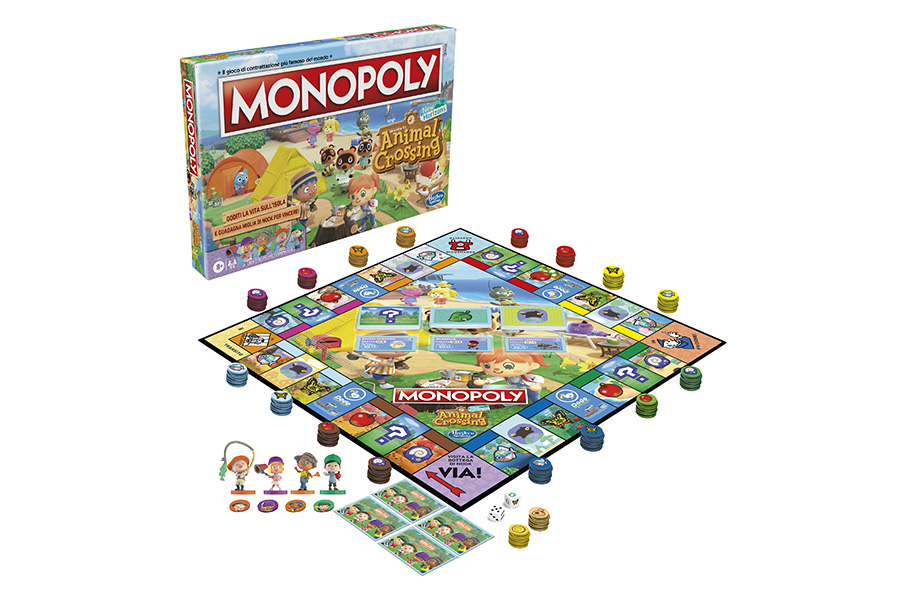 MONOPOLY ANIMAL CROSSING: FANS DEDICATE AN ISLAND TO THE GAME

The world’s most famous trading game has become a visitable island. This is the tribute of the huge Italian community of the famous life simulator from Nintendo, which has now decided to celebrate the famous game in a box within Animal Crossing: New Horizons. In anticipation of the release, then, fans around the world can start their virtual bargaining on the Monopoly Animal Crossing island on Nintendo Switch

The anticipation is sky-high, but now it’s finally official: there’s about a month to go and then, from 15 November, Monopoly Animal Crossing will also arrive in Italy. You can find it in all shops that sell Toys and Games, or pre-order it on Amazon in a few days. And if that’s not enough, all fans can start exploring Monopoly Animal Crossing on Nintendo Switch too, thanks to the special island created for the occasion by the huge Italian community on Animal Crossing: New Horizons. So anyone can start “warming up” and get into the spirit of the world’s most famous and beloved trading game, the only one to boast 1 billion fans.

The dream code to visit the Animal Crossing Monopoly Island is DA-8407-5630-5932. The surprises are endless, starting with a real treat: the items and patterns used for the iconic board can be downloaded by anyone, allowing fans of all ages to recreate the Monopoly experience on their own Islands. Created by Animal Crossing Life, one of Italy’s leading fan communities, the Animal Crossing Monopoly Island has everything you need to immerse yourself in the timeless Monopoly universe: from a useful notice board with basic game rules, to Mr Monopoly’s house with his signature moustache, to the legendary board with optional challenges and surprises. Created by 10 expert players over 60 hours of play, Island takes full advantage of the main features of Nintendo’s life simulator, starting with terraforming, to shape the board and the shape of the Island, and customisation options, ideal for faithfully reproducing the Monopoly atmosphere even within the most creative video game of recent years.

The countdown to the new Monopoly Animal Crossing game is fast approaching, and it’s time for the virtual fun to become real: those who dream of dropping everything and starting a new life on a deserted island to customise can now do so. But instead of buying property and paying rent, you will discover islands and collect insects, fish, fossils and fruit. Typical resources from the game can then be sold for Animal Crossing Starlets, the currency that replaces the classic Monopoly currency. Thanks to them, you can shop in the Nook Shop, buying your favourite decorations to earn valuable Nook Miles, with the player who has the most Nook Miles at the end of the game winning.

In short, with the new Monopoly Animal Crossing you’ll feel like you’re inside the game in every way, but set in real life and surrounded by your friends or family, wrapped in the magic that only a game of Monopoly can give.