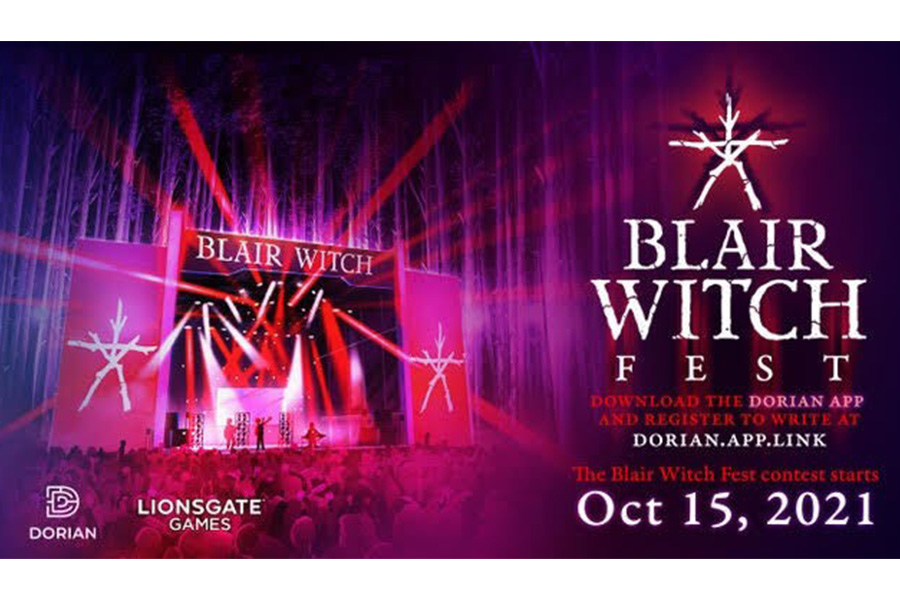 The first no-code platform to allow writers to turn their stories into fully-illustrated animated games enters partnership with leading Hollywood studio to launch events that will empower independent writers to expand and monetize well-known IP, starting with Lionsgate’s Blair Witch

Dorian, the first ever no-code platform that allows independent writers to easily transform their stories into playable immersive games, has partnered with global content leader Lionsgate (NYSE: LGF.A, LGF.B) to empower fiction creators to expand the stories behind some of Hollywood’s most popular franchises. Through this unique partnership, Dorian and Lionsgate will launch official events tied to well-known Hollywood IP, calling for creators to write and submit their fanfiction for a chance to publish licensed playable games on Dorian, opening the door for potential revenue while expanding the creator’s growth opportunities. The first major franchise to kick off the partnership is the iconic Blair Witch. In addition, Dorian’s audience and creators are primarily women and people of color, highlighting the importance of diversity and inclusion in the creator economy.

“When we were first introduced to Dorian and the opportunity it brings to creators, we were immediately hooked on the idea of working with them,” said Jenefer Brown, EVP, Global Live Interactive and Location Based Entertainment of Lionsgate. “We are always looking for new and inspiring ways to engage with female creators and diverse communities, and through Dorian’s platform, content creators can explore new pathways to a narrative experience within the universe of the Blair Witch.”

Beginning October 15, 2021, creators who are residents of and located within the USA, UK, Canada, Australia, New Zealand, India and the Philippines can submit their Blair Witch fanfiction through the Dorian app for their chance to win. Submissions will be accepted until October 31, 2021, just in time to kick off the Halloween season, and the grand prize winner will gain access to a virtual meeting with a Lionsgate Senior Motion Picture Executive. In addition, the winner’s story will be significantly featured and promoted in the Dorian app with the chance to make revenue off of their new fanfiction playable game, they will be offered a generous amount of Dorian currency that can be used to access premium content on the platform, and they will receive custom cover art for their story created by Dorian. Breathing new modern takes on the Blair Witch franchise, creators must follow the prompt below to develop their story:

Horror tourists and fans congregate in Burkittsville, Maryland for a 3-Day Blair Witch themed music festival! Séances, rituals, and spooky-themed scavenger hunts fill the once frightening Black Hills Forest. As a hit horror streamer, you think you can brave just about everything—right? Your plan: Break the internet by taking on the #SurviveTheWitch challenge. The horrific twist? The festival’s organizers have something wicked in store for the young influencers in attendance. Will you and crew survive a night in the Black Hills Forest… or end up livestreaming your own deaths? #BlairWitchFest 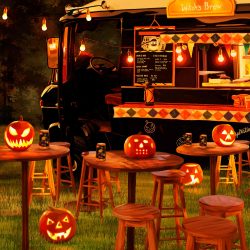 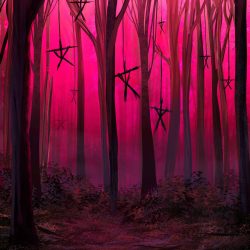 Creators can sign up through the Dorian app to be alerted when the contest submission period opens. In addition, once the stories are submitted, the creators of compliant entries can leverage the many gameplay features tied to their game, including livestreaming the gameplay with friends and followers, challenging them to choose where the story goes and survive #BlairWitchFest.

“We created Dorian with the goal of establishing a new creation and monetization platform for writers that allows them to connect directly with fans in a new, interactive way,” said Julia Palatovska, Co-Founder and CEO of Dorian. “Partnering with Lionsgate will unlock a brand new fanfiction world — one where independent creators not only expand their favorite IPs, but also make money doing so.”

The platform, which is backed by Silicon Valley VCs and angel investors including Kevin Lin (Co-Founder of Twitch), includes the following aspects:

The platform already has many creators making money, with some having doubled their average revenue per fan since March 2021, and with this partnership, Dorian and Lionsgate are breaking new ground by not just allowing, but encouraging creators to expand the narratives behind well-known IP. For the first time, independent creators can tap into Lionsgate’s Blair Witch universe and monetize their fanfiction.

← BULLDOG SCORES A DOUBLE FOR BULLSEYE MONOPOLY ANIMAL CROSSING: FANS DEDICATE AN ISLAND TO THE GAME →