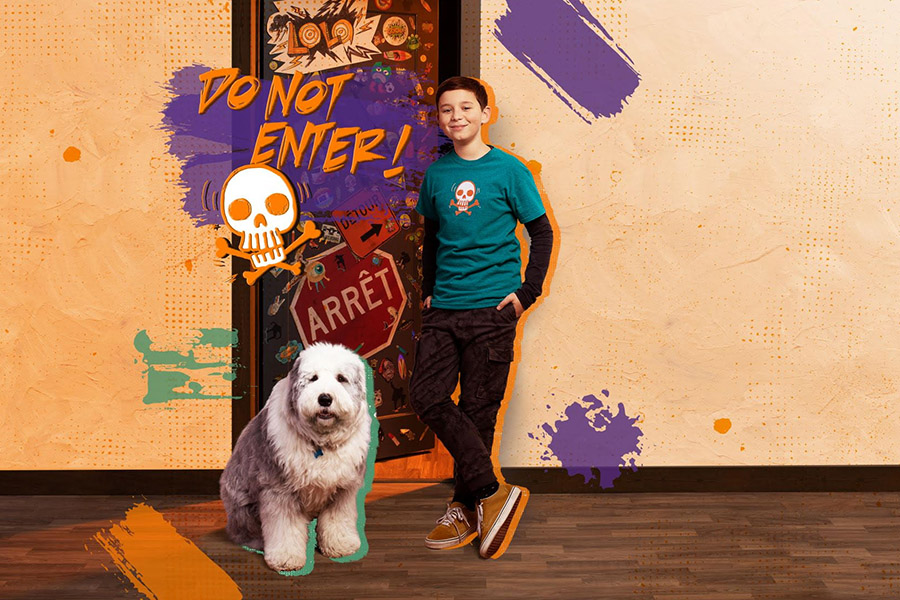 With the recent acquisitions for their Fall 2021 slate, CBC & Radio-Canada Distribution, the international content licensing arm of Canada’s public broadcaster, has set MIPCOM 2021 to introduce its extensive new line-up of kids live-action and animated programs being offered to this year’s international broadcasters.

Newly acquired for distribution by CBC & Radio-Canada Distribution are: DO NOT ENTER! (26 X 22min) (co-produced by Christal Films and Gaëa Film and co-distributed by CBC/SRC) Modern live-action comedy based on the bestselling books Défense d’entrer! (Do Not Enter!). ABOUT SEX (35 x 7 min.) (produced by Echo Media) is a funny, surprising, informative, and uncensored live-action series that educates teenagers about positive, respectful and healthy sexuality in a very entertaining way. Thirty-five episodes explore topics from consent to pornography addiction, through skits, expert advice and teen testimonials. ABOUT SEX was recently sold to ABC Australia and is currently streaming on CBC Gem. Another addition to the kids slate is preschool animation GLOWBIES (Season 1: 26 x 12.5 min | Season 2: 7 x 12.5 min | Season 3: 5 x 12.5 min) (produced by Gallus Entertainment), a new upper preschool animated series all about friendship and teamwork that launched on CBC Gem and CBC Kids in June 2021. AMOS THE MASK HUNTER (produced by Iceworks Animation inc. and co-distributed by BETA film), this fantasy adventure animation series was acquired by NRK Norway; MARIKA (Produced by Telefiction for Radio-Canada), Season 4 (10 x 9 min.) The fourth season of the acclaimed live-action kids series was recently sold to Globo Brazil and TV CAT in Spain, GARY’S MAGIC FORT (13 x 11 min. is produced by CBC Kids) – Gary, in his enchanted pillow fort home, shows us how to explore and learn about our emotions, have fun and never give up! And MOOSE (produced by Muse) (1 x 60 min or 5 x 11 min Holiday special) a book-based holiday special about an expressive, fun-loving, and curious moose that shows up in a Canadian family’s backyard and is adopted as their pet. Moose brings love and laughter to everyday family moments.

“We are very proud of our new kids offerings this season. The line-up provides content that entertains and enlightens while bringing new voices and highly entertaining stories to our important prime time audience”, noted Mia Desroches, Director, Content Distribution Partnerships, CBC & Radio-Canada Distribution. “Shows like MOOSE, GLOWBIES and DO NOT ENTER! are modern, unique, have high production value and are well-suited for worldwide distribution and young audiences”.