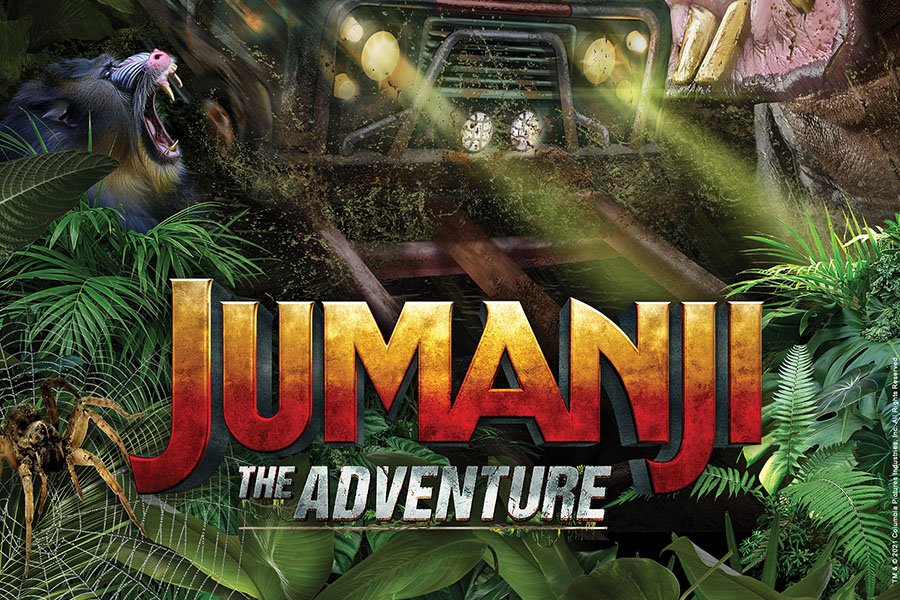 Sony Pictures Entertainment and Aldo Maria Vigevani, CEO Gardaland, announced that Gardaland, located in Ronchi, Italy, will be the first theme park in the world to host a fully themed Jumanji ride called Jumanji – the Adventure, based on Sony Pictures’ popular film franchise.

“Gardaland continues on the winning path of licensing agreements with leading global brands. The global importance of the Jumanji brand will surely contribute to further reinforcing Gardaland Resort’s reputation as a top tourist destination in Europe and place it among the market leaders for fun attractions”, commented Aldo Maria Vigevani, “Synonymous with adventure, fantasy, fun, action, play and imagination, “Jumanji” blends seamlessly with Gardaland’s founding values.”

When boarding Jumanji – the Adventure, Gardaland guests will be transported to the world of Jumanji, where an exhilarating adventure awaits them: a journey full of pitfalls, surprises, and dangers through the wild jungle.

Set to open at the beginning of 2022 season, the new Jumanji – the Adventure attraction will be a dark ride for adventure lovers of all ages, a wide audience consisting of both families and teenagers and young adults.

“The team at Gardaland are top notch creatives and storytellers who have designed an immersive experience that expands on the world created by the films. Adding many new elements, fans will be transported far beyond their imagination, deep into the jungles of Jumanji,” said Jeffrey Godsick, EVP of Global Partnerships and Brand Management and Head of Location Based Entertainment at Sony Pictures Entertainment.

Following on from the original Robin Williams film in 1995, the adventure continues in the brand-new film Jumanji: Welcome to the Jungle (2017) and Jumanji: The Next Level (2019), starring Dwayne Johnson, Jack Black, Kevin Hart and Karen Gillan. The film franchise’s continued success has made it Sony Pictures’ biggest wholly owned film franchise of all time. Taking in $2.1 billion at the global box office the Jumanji film franchise is popular with both family and teenage audiences worldwide.

With both Jumanji: Welcome to the Jungle and Jumanji: The Next Level grossing over a combined $26.7 million at the Italian box office, the franchise has proven to be popular in the region.