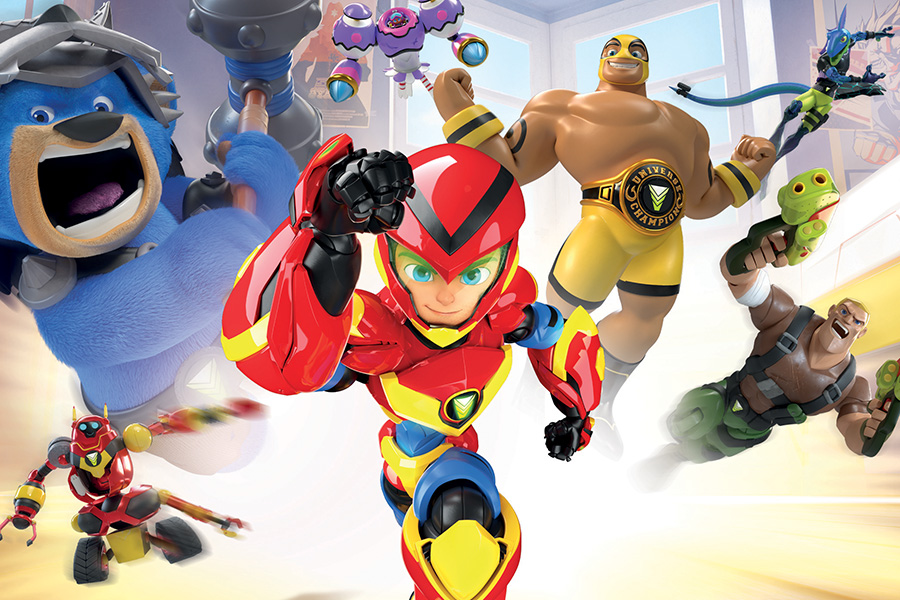 POWER PLAYERS TO DEBUT IN GREATER CHINA IN OCTOBER 2021

ZAG, the global independent entertainment studio specializing in world-class storytelling across TV, film, and digital platforms, will be launching the groundbreaking 3D animated/live-action hybrid action-comedy for 6-to-11 year old boys, Power Players, to audiences in China in October 2021.  The 78 x 11’ series, co-produced by ZAG, ON kids & family (Mediawan) and Planeta Junior, will premiere simultaneously on digital platforms ­­Tencent and Mango TV.

REESEE Entertainment, the brand’s media and L&M agent in China brokered the deals with Tencent and Mango TV, together with agreements with national OTT providers, including Xiaomi, Haixin, Kukai, and TCL, and national IPTVs covering over 60 platforms in over 30 provinces in China, who will carry the series following its premiere.

REESEE is also the toy distributor in China for the Power Players toy line from ZAG Lab and Playmates, anticipated to roll out in spring 2022. The toy collection includes an assortment of highly detailed and articulated 5-inch action figures based on the TV show, as well as 9-inch deluxe action figures that are packed with electronics and sound effects. The line also features a variety of vehicles, allowing kids to send their favorite Power Players on heroic adventures, as well as role play gear which allows kids to transform into Axel, the leader of the Power Players.

REESEE Entertainment will  meet with additional licensing partners following the premiere in Q4 this year.

“Launching Power Players in China marks a tremendous leap in growth for this unique brand,” commented Jeremy Zag, Founder and CEO, ZAG. “The series has attracted millions of fans across the U.S., Europe and Latin America already, and with the incredible reach that Mango TV and Tencent offer, we anticipate the series to quickly garner an impressive fan base across the region.”

“Power Players is a fun comedy-action show with real stakes, large laughs and over-the-top action and is sure to delight boys across China with its eye-popping animation and incredible visual effects,” commented Ray Wang, Founder and CEO, REESEE. “The Chinese media has become increasingly picky towards the acquisition of international content, so these pick-ups from top local media partners prove the high quality of the brand. We’re excited to introduce this successful international hit to kids in China, and are looking forward to building a solid consumer products program throughout the region.”

Based on an original idea by Jeremy Zag, and developed by Man of Action (Ben 10, Big Hero 6) Power Players follows the adventures of Axel, a boy who transforms into a living action figure, and his unlikely team of toy heroes as they embark on the biggest “small” adventures a kid could ever imagine.  Shifting between the full-scale world of Axel and his friends and family, the mind-blowing visuals take hold when Axel crosses over into the world of his toy teammates.  Comedy springs from the wild characters.  Axel – responsible for the outbreak of smart toys in the first place, must save the world and his friends while keeping his role in the rescues a complete secret. And, he still has to get his chores done!  The Power Players don’t hide from people, but they do fly under the radar of humans who perceive them as they would any other toys.