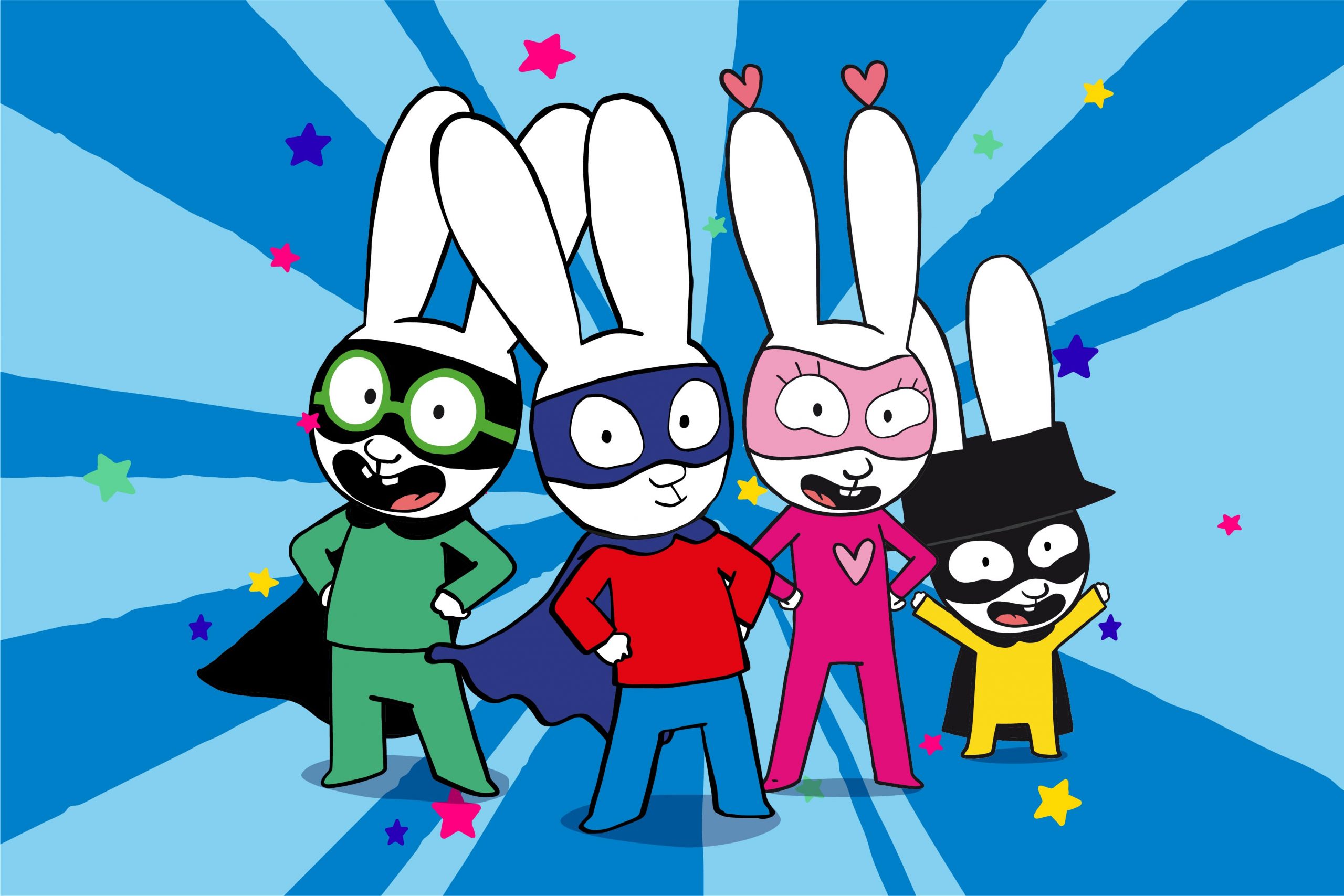 The French rabbit Simon, created by Stephanie Blake, is inspiring the new animated series Simon Super Rabbit. Currently in production, the series will be delivered in 2022. LM took the opportunity to interview Eric Garnet, producer and co-founder of GO-N Productions, to clarify the future objectives of the Simon property

What is the strong point of the new season?

The new season is a real journey into children’s imaginations. This concept has always been a feature of Simon’s universe, but in the first season the protagonist was more focused on living the everyday, on all those experiences that were first times for him (at school, to the dentist etc.). Simon’s strength is that through his stories, children learn to abandon their fears and manage daily adventures with serenity. Simon already in previous seasons played at being a superhero. But this time, we’ll see where his imagination is taking him. He’s becoming a true Super Hero and we’ll follow him and his team (his little brother and his friends) in their new adventures. This new Season will focus on imagination and fantasy world and will encourage children to develop their creativity and invent games.

Playing games is key to the development and growing up process of kids: they develop new skills, personality, they learn more about themselves, to be in society, they learn competition, enjoy wining, accept to lose too and grow in maturity. Each episode begins with a daily event and ends there, but in between is this journey into pure imagination, which helps Simon (and the little spectator) find new resources for his problems, developing serenity and creativity. Even children will be able to see that this is a cute little superhero like them (not as usual) and identify more with him.

What do you expect from participating in the BLE and what will you look for Simon?

We are looking for new partners for Simon, licensees and agents in Europe, and more specifically in the UK, because the numbers for the show are excellent. With the recent launch in the UK on TINY POP and the great ratings and over performance, we are going to look for partners in the UK to boost Simon popularity and expand in the field of Licensing and Merchandising. Simon has been in the top ten since January 2021 and currently fluctuates between first and third place, which will help develop the awareness and popularity of the brand.

What are Simon’s future goals and in which country do you desire further expansion after UK?

In France Simon is always at first place on France TV for the preschool range and is therefore strong. In Italy and Spain it has a firm basis and we already have Licensing agents there. So we have a firm ground there to expand the number of Licensees.

Next territories will be countries where Simon awareness and popularity has grown a lot in the past year: Portugal, South Korea, Japan, and soon South America, where the series had great ratings on both linear and digital platforms.