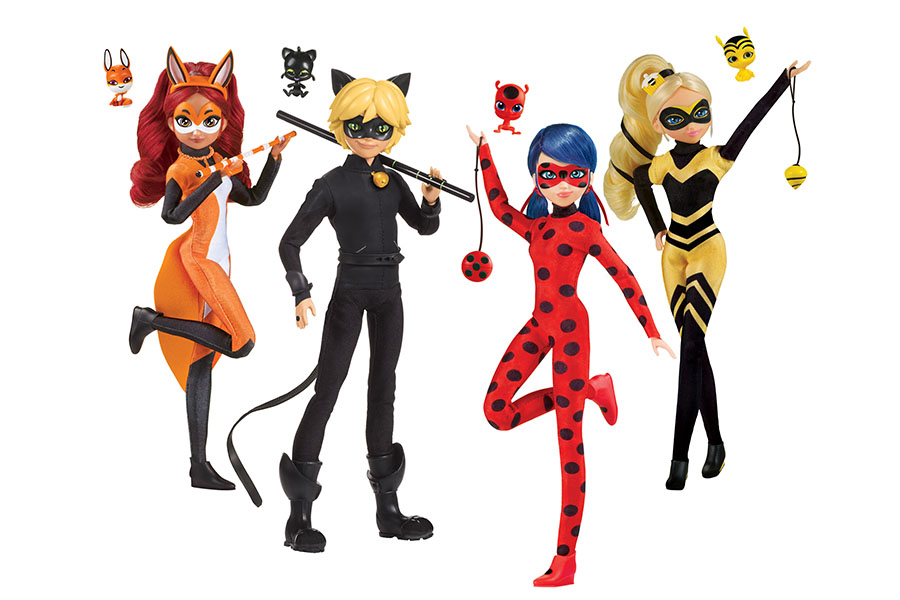 Additionally, Boing has been appointed as the LatAm toy distributor for the popular line developed by ZAG Lab and Playmates Toys, to launch in Spring 2022. Continente is handling distribution in Columbia.  The line first launched in March 2021 in the U.S., selling out within hours at Target.com, Walmart.com, and Kohls.com, and will launch in brick and mortar stores in the U.S. in September 2021.

“We’ve had such a great reception and enthusiasm for Miraculous across Latin America, especially in the larger territories where we originally focused our efforts, including Brazil and Mexico,” commented Jeremy Zag, Founder and CEO, ZAG. “We’ve already had success in the Central Americas for the brand and with the upcoming launch of season four of the series, and the theatrical launch, we are now zeroing in with Mon Licensing to develop further opportunities for fans across the Central America region to share in the excitement and passion that is Miraculous.”

“We look forward to supporting ZAG as the company continues to grow the Miraculous brand in Latin America,” commented Maricamen Ramirez, CEO, Mon Licensing. “We have extensive experience in expanding brands across multiple key categories. Our initial focus for Miraculous will be to appoint licensees for apparel, accessories, footwear and party supplies to complement products that are already at retail including  toys, back-to-school, stationery, costumes and home décor.”

“We are happy to welcome aboard Mon Licensing as a key partner for the region,” added Angela Cortez, VP, Licensing and Retail, Latin America. “Our objective is to expand our presence in Central America, Colombia and Ecuador, and with Mon’s expertise and knowledge, they are the perfect partner to make this happen. They will focus on developing close strategic partnerships that will ensure that Miraculous Ladybug will become an evergreen property in the region.”

Current pan regional partners for Miraculous for the LatAm region include The Novelty Book Company, who launched a new board and activity book collection in Q2 2021 across Mexico, Central America, Chile, Peru, and Argentina; Panini for stickers and magazines; and Ferrero for Easter Eggs.  Products are available across Latin America in leading chain stores such as Almacenes Siman, Steven’s, Walmart, Yamuni, La Sirena, Diunsa, Pepe Ganga, Jumbo, Falabella, and Almacenes Éxito.

Miraculous season four will soon be available across Central America on Disney+ who hold the rights for five seasons of the series, and on Netflix (seasons 1 – 3). The $100M+ theatrical movie, Ladybug & Cat Noir: The Awakening, will launch across LatAm in 2022.  Season four of Miraculous™: Tales of Ladybug & Cat Noir started rolling out around the globe earlier this year, with the world premiere on April 11, 2021, on TF1 in France, which attracted a 47.7% market share amongst kids 4-10 years old, and the series is achieving #1 ratings in Brazil, Mexico, Columbia, and the U.S.

With 25 years of experience, Mon Entertainment is based in Panama with operations in various countries in Central America as well as Venezuela, Colombia and Ecuador and the Caribbean.

← PAW PATROL DEBUTS IN THEATRES IN ITALY PETER RABBIT, EVOLUTION OF A BRAND →