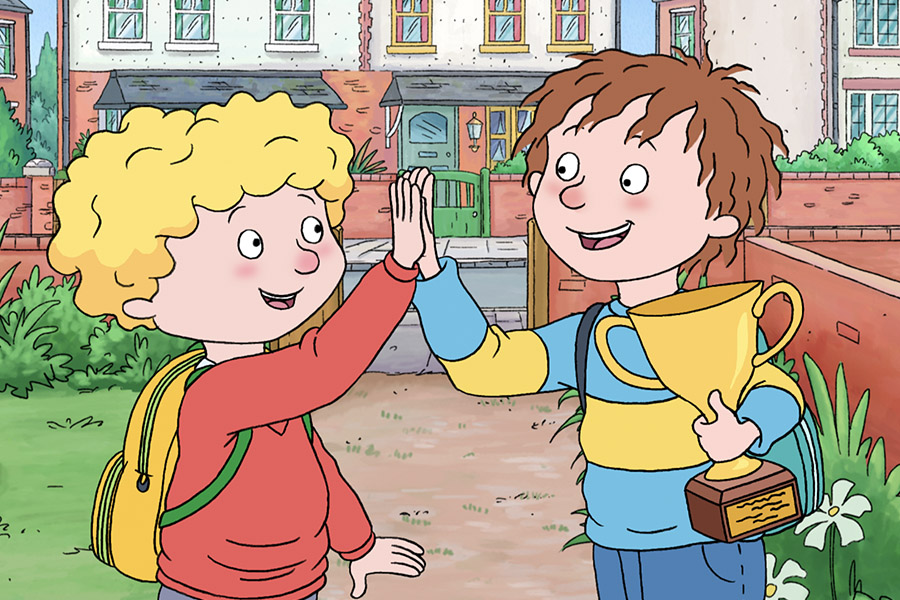 Netflix has picked up season one for Andorra, Belgium, France, Switzerland and Mauritius; in addition to seasons three and four for the USA, Canada, Australia and New Zealand, Russia, Iceland, Cook Islands, Fiji, Kiribati, Nauru, Papua New Guinea, Solomon Islands, Tonga, Vanuatu and Samoa. For India, Netflix has picked up the show’s fourth and fifth season.

Emirates Cable TV has taken seasons four and five for the United Arab Emirates, in addition to seasons three and five for the Middle East (exc. Iran and Israel), Pakistan, Northern Africa (exc. Eritrea, Ethiopia) and Mauritania. Additionally, Sony India has picked up rights for season 1-5 for its Pay TV channel; Discovery Networks Asia Pacific has taken the SVOD rights to seasons three to five for India and the Indian subcontinent, and Okko Limited has picked up SVOD and TVOD rights to seasons three and four for CIS and Mongolia.

In Europe, Horrid Henry’s fifth season has been picked up by Teilifis Na Gaeilge for the UK & Eire; Leisradio Oy in has acquired rights including free tv, pay tv and AVOD to the show’s second season in Finland; and P&P Permissions and Rights has picked up rights including free TV, VOD and catch-up to season one for Albania, Bosnia and Herzegovina, Croatia, Macedonia, Montenegro, Serbia and Croatia.

Mike Watts, Co-Founder of Novel Entertainment, says: “Since Horrid Henry first debuted in the UK 15 years ago, it’s been fantastic to see the show embark on a remarkable global journey and build an extensive fan-base in all corners of the world. Over the course of our long-standing partnership, Zodiak Kids has established an impressive line-up of both local and global partners for Horrid Henry, and this latest wave of deals is testament to both their strong understanding of the show as well as Henry’s broad international appeal.”

Delphine Dumont SVP of Sales, Acquisitions & Co-Production adds: “We are so pleased that Horrid Henry keeps on being a success after all these years. The extended volume of episodes as well as the efficiency of the show’s premise have proven to be great assets for broadcasters who keep engaging with the series.”

← LAUNCHED IN 1996 THE ORIGINAL FUNKY FRIENDS IS BACK! IOCONIC PARTNERS WITH MGA ENTERTAINMENT TO DELIVER AN NFT AND DIGITAL COLLECTIBLES ECOSYSTEM FOR THE $25BN TOY BRAND L.O.L. SURPRISE! →