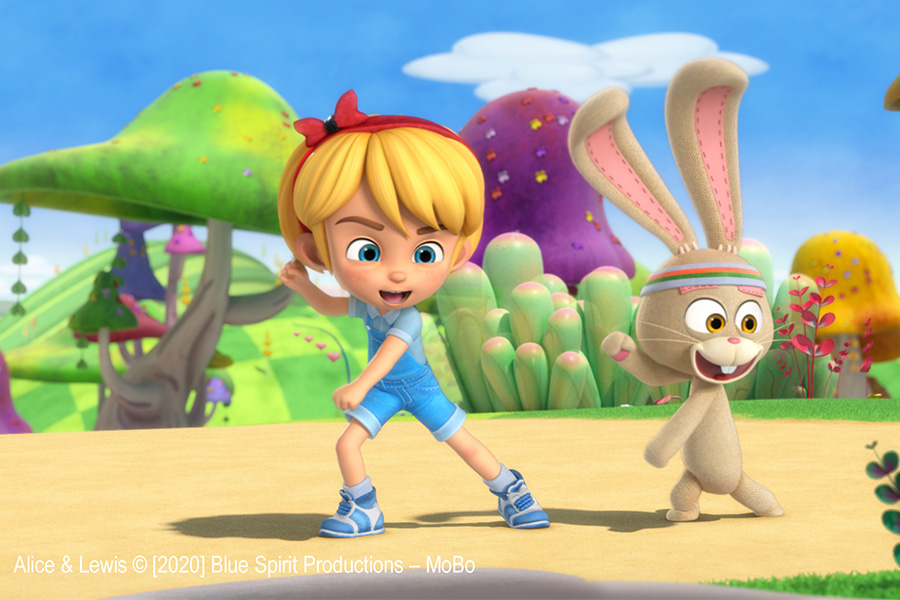 Inspired by Lewis Carrol’s “Alice in Wonderland“, the new animated series “Alice & Lewis“, about the friendship between little Alice and the friendly rabbit Lewis, will be on Rai Yoyo from 15 September with audio description and double audio in Italian and English.

Alice is 6 years old and as always has an overwhelming curiosity. Thanks to a magic key that opens any door, the resourceful girl finds herself catapulted into Wonderland. It is here that she meets Lewis, a friendly and original rabbit, with whom she has incredible adventures. The two have fun together and, amidst challenges and surprises, become best friends. Alice loves playing with Lewis and his friends, but Wonderland is full of pitfalls and dangers. In particular, they have to deal with the capricious red-haired Queen, the castles of cards perched on the hillside and, above all, the eccentric rules and conventions of this parallel kingdom. Each of the little adventurer’s adventures always begins in the ‘real world’, where she faces daily challenges that are insurmountable in the eyes of a six-year-old. Alice’s far-fetched experiences in Wonderland always lead to a positive outcome and an insight that helps her solve even the smallest problems in the real world, to which she returns after each fantastic adventure.

Consisting of 52 episodes of 11 minutes each, the series, whose second season is in production for as many episodes, has been sold in many countries, from Brazil to China, from Spain to Israel, and on Turner channels in Europe, Africa, the Middle East, Asia and the Pacific.