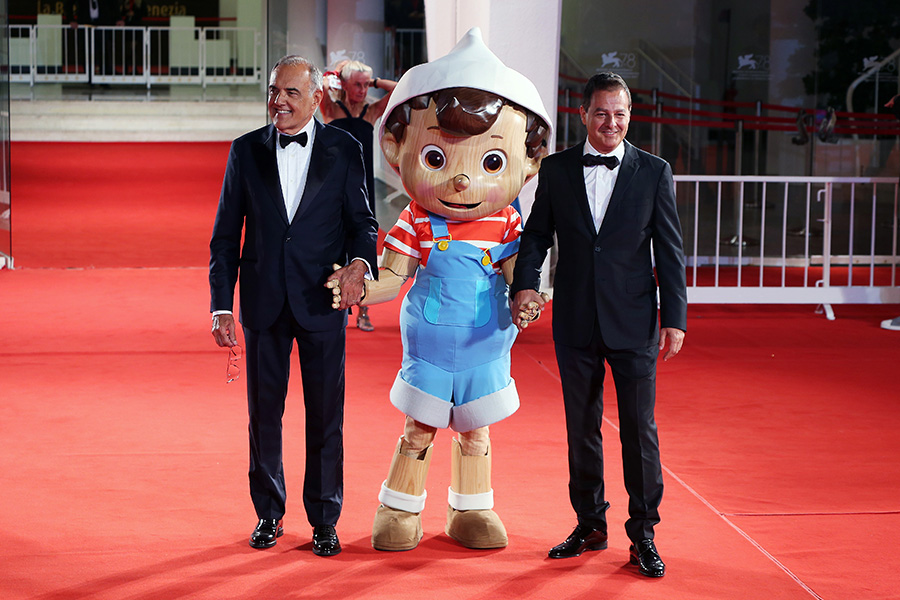 The brand new Pinocchio and its creator, Iginio Straffi, paraded on the red carpet of the 78th Venice International Film Festival captivating the audience. The appearance anticipates the TV launch of the animated show “Pinocchio and Friends”, airing on Rai Yoyo from November 29 with 26 episodes.

Inspired by the most popular fairy tale of all time, founder and president of Rainbow Group, Iginio Straffi, has recreated a universal tale by bringing Collodi’s classic into the modern world while whilst retaining the timeless and original story of Pinocchio. The action-comedy adaptation is ready to conquer the youngest hearts: Pinocchio, together with his friend Freeda and Talking Cricket, will draw the audience into original and surprising adventures starring lots of new characters.

“Our Pinocchio speaks to children in a lighthearted way, encouraging them to cultivate their dreams with stories full of colours, adventure, twists and empathy. We played with the original fairy tale and created plots in which children can recognize themselves, but still tightly connected to Pinocchio’s typical universe,” said Iginio Straffi. “Pinocchio is the most beloved Italian character ever created in fairy tale literature, and Rainbow Group’s roots are Italian. Now, more than ever, children need and deserve attentiveness and support from grown-ups; the story of Pinocchio represents the greatest love of all for childhood and an enriched path to adulthood. It was time to go back to Collodi’s tale and make it a contemporary hit.”

After the warm welcome in Venice, the hilarious new IP is ready to enter the market and bring a breath of fresh air into the homes of families around the world.

During the Venice Film Festival, Iginio Straffi was also guest of a conversation with ITTV founders Valentina Martelli and Cristina Scognamillo as part of the Venetian days of the ITTV FESTIVAL held every year in Los Angeles. Straffi discussed the extraordinary history of Rainbow Group, over 25 years of growth that established the group as a major international player in the entertainment industry with the constant creation and production of animated and live action TV and film products. The Group also announced its presence at the Los Angeles edition of ITTV Festival to be held from October 30 to November 2, 2021.

This is the trailer for Pinocchio and Friends presented at the Lido https://youtu.be/zTTGmd3J0mc.