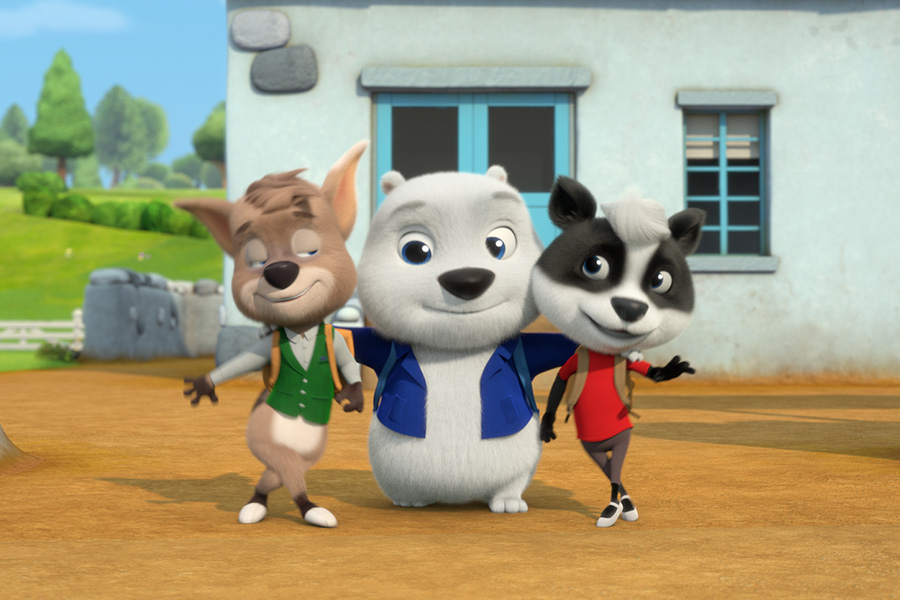 FUTURUMKIDS TO BUILD MORE BROADCAST PARTNERSHIP FOR PADDLES AT MIPCOM

State-of-the art animation and media company FuturumKids will send a strong team to MIPCOM with the aim of building more broadcast alliances for its delightful new CGI show for four-to-seven-year-olds, Paddles. Brand management company Monster Entertainment was appointed in early 2021 to handle global television sales for Paddles in all territories except Korea, which will be managed by local company Neon.

FuturumKids will also be highlighting recent distribution and broadcasting agreements, the ongoing Paddles licensing and merchandising campaign, and plans for new FuturumKids projects.

Their main aim will be to expand the global broadcast presence of Paddles following the successful sale of the series to Cartoonito UK, on which it launches on the 6th of September, and its imminent arrival on RTE (Ireland).

The rollout of Paddles merchandise is also at an advanced stage. In fact an e-commerce platform has been launched for both Paddles and all future FuturumKids properties and the first range of Paddles products is already on the way. It will comprise a number of SKUs, ranging from plush toys to apparel, dinnerware, bubble mix and school bags. The range will appear in the UK market to coincide with launch of Paddles on Cartoonito UK.

Paddles, a charming, exciting and very funny 52 x 11 series, tells the story of a polar bear cub accidentally delivered by the Stork to a frozen River Shannon in Ireland – and brought up by a pack of Irish wolfhounds. Through the adventures, mistakes and discoveries of its funny and huggable star, and his friends Bracken, Bridie and Fagan, the series shows its young audience that being different is something to be celebrated and enjoyed.

This is the latest stage in the broadcast and merchandising development of Paddles, whose makers include members of the team behind the seven-time Emmy-award-winning children’s series Jakers!

FuturumKids also plans to build on the success of Paddles with new projects, some of which will be unveiled at MIPCOM. They include pre-school show Ling Ling, the story of a wide-eyed panda newly arrived from Shanghai at Tavistock’s International School for Animals, London’s premier – and most eccentric – pre-school.

The show, which is now in production, launched at the recent Cartoon Forum to a very positive response.

Brendan Kelly, Head of Sales at FuturumKids, says: “The growing success of Paddles and the rollout of product to coincide with its release, not to mention the appointment of broadcast and distribution partners and plans for new projects, have made 2021 a very busy year for FuturumKids already. That’s why we’re delighted to be welcoming back MIPCOM as a live event – we have a lot to say to visitors!”