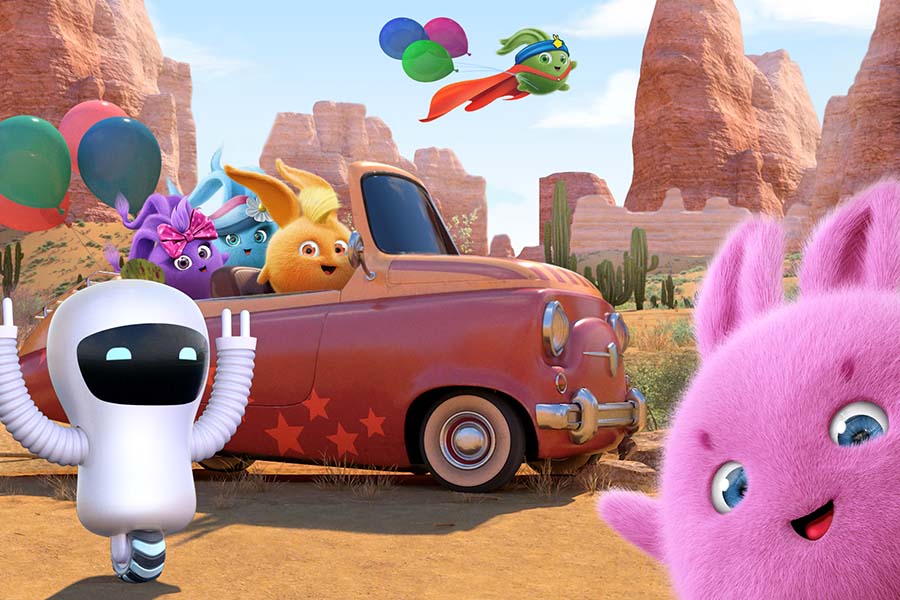 Media I.M. Incorporated, the London-based content distribution company that specialises in premium animation and family entertainment, has closed its first deals in the US Hispanic market for its hit property Sunny Bunnies. It also reports a string of European sales and renewals for the global pre-school phenomenon, including its first sale into Finland.

Media I.M. has pushed into the 63 million-strong US Hispanic market, which now accounts for 19% of the US population, with two high-profile deals for Sunny Bunnies. The first is with PrendeTV, the new, free streaming service launched in March by Spanish-language media giant Univision. The AVOD-rights deal will see the first three seasons of Sunny Bunnies launch later this summer on PrendeTV, which will also air 22-minute compilations of the show.

A second US Hispanic sale has been closed with AVOD streamer Canela.TV, which has also acquired the first three seasons of Sunny Bunnies under an AVOD/FAST deal. Launched in May 2020 in the US, the Canela Media-owned platform is billed as the first free streaming service for US Bi-Lingual Hispanics. Canela.TV launched in Mexico in April 2021 and now plans to roll out across Latin America.

The Bunnies are also breaking new European ground as a result of a deal with Nelonen Media/Sanoma Media Finland. Under the agreement, which covers the first four seasons, Nelonen has taken the FTA rights along with the AVOD/SVOD rights for its online video service Ruutu. Sunny Bunnies will launch in Finland later this year.

Media I.M. also reports renewals with two of its key European partners. Sky Kids in the UK is taking the latest Sunny Bunny series — season five — and re-licensing seasons three and four under a 24-month SVOD deal. TF1 in France is also taking season five for its AVOD and SVOD service, and extending the rights for season four until December 2022.

Irina Nazarenko, co-founder of Media I.M. Incorporated, said: “Every time we think we’ve reach peak Bunny, our little friends pull another rabbit out of the hat! Gaining a foothold in the fast-growing, youth-skewing US Hispanic market has long been an ambition — with more than a quarter of all children in the US now coming from Hispanic families, it’s the perfect home for Sunny Bunnies. Meanwhile, the deal with Nelonen represents another milestone. Finland has a very competitive media landscape and high standards when it comes to pre-school entertainment, which makes this deal particularly gratifying.”

Produced by Digital Light Studio, the Sunny Bunnies are five fluffy balls of light named Turbo, Big Boo, Shiny, Iris and Hopper who can appear anywhere there is light. The Bunnies always bring joy and happiness, beaming down to explore new and exciting locations, finding fun and mischievous games to enjoy.

Fast-paced, funny and colourful, these five friends (including two sisters) all have distinct characteristics which children can easily recognise and grow to love.  Sunny Bunnies are all about having fun, friendship, discovery, working together and of course, having a good giggle!