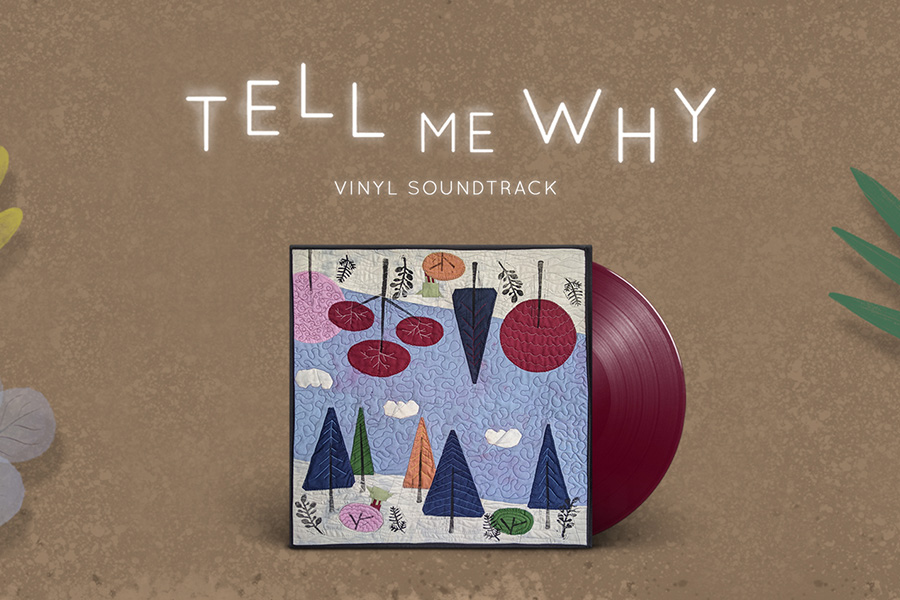 IAM8BIT BRINGS POIGNANT AND AIRY TELL ME WHY SOUNDTRACK TO VINYL

Tell Me Why has teamed up with LA-based production company, iam8bit, to launch a vinyl soundtrack of the narrative adventure gam

iam8bit, in collaboration with DONTNOD Entertainment and Xbox Game Studios Publishing, is proud to announce that it will be bringing the soundtrack of episodic narrative adventure game Tell Me Why to vinyl. DONTNOD’s extraordinary work is supported with a painstakingly detailed artifact that fans will truly appreciate. The partnership between Tell Me Why and iam8bit was brokered by Tell Me Why’s global licensing agency, Tinderbox, the digital media division of Beanstalk.

The LP (long-playing record) features 17 songs from composer and musician Ryan Lott’s ethereal soundtrack. The score is as complex as the game’s themes, with sparse passages building into complicated and soaring melodies.

Packaged inside is a breathtaking sleeve that faithfully recreates the in-game Book of Goblins. Fiber artist, Theo Randall, was inspired by the game’s handcrafted piece which is an emotional touchstone throughout Tell Me Why. iam8bit used quilting, linotype stamping and applique techniques to create a physical piece that embodies the game’s unique attributes. The quilted theme is further underscored by embossing and debossing, which creates the illusion that the soundtrack album has somehow been pulled from the game into this world. It’s a remarkable piece of tactile art that draws inspiration from not only the Book of Goblins but also Tell Me Why’s deeper themes.

Tell Me Why is an episodic narrative that tells the story of twins, Tyler and Alyson Ronan, who return to their childhood home in Alaska to investigate their mother’s death. Their telepathic bond sets them apart and serves to provide the player with insight into DONTNOD’s empathetic and relatable story about childhood, identity and redemption. Following its release last year, the game has won several awards, including “Games for Impact” at The Game Awards and “Best Microsoft Xbox Game” at the Best of Gamescom Awards. DONTNOD’s work in exploring trans identity in mainstream gaming earned Tell Me Why a GLAAD Media Award for “Outstanding Video Game.” Tell Me Why is currently free on Xbox and PC throughout the month of June.

As part of Pride Month, customers can choose to donate a dollar or round up their total at checkout to the nearest dollar in support of Trans Lifeline and The Trevor Project. iam8bit will match those donations. iam8bit is also proudly participating in ohhey.gay, an online initiative designed to support LGBTQ communities.

The Tell Me Why vinyl soundtrack is available for pre-order on iam8bit. The $39.99 album also includes a digital download of the soundtrack. Orders are expected to ship Q1 2022.