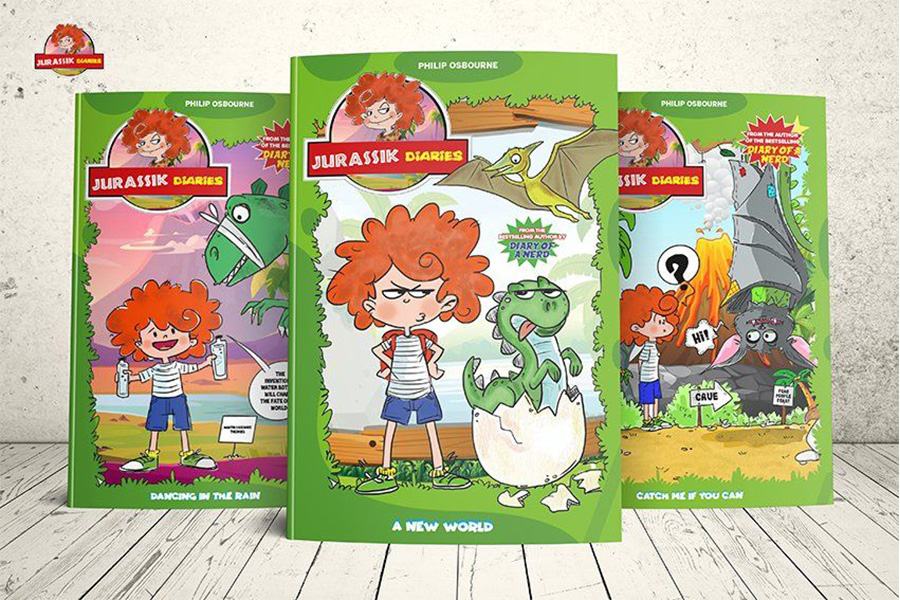 From books to TV: Enanimation acquires the rights to develop the animated series Jurassik Diaries, based on the new stories by Philip Osbourne

Enanimation, independent film production and distribution company, which since 2003 has been involved in national and international productions and co-productions of audiovisual content, announces the rights acquisition for the development of the animated series Jurassik Diaries, inspired by the homonymous stories by Philip Osbourne, pop kids’ author of the international best-seller The Diary of a Nerd.

Jurassik Diaries tells the story of Martin, a young boy from New York who is passionate about science and is unpopular among his schoolmates. His life changes when he gets off the bus and suddenly finds himself thrown into prehistoric times, in a village of primitives. Martin will be in charge of saving the Jurassic world from extinction, explaining his inventions and teaching everything he knows to the inhabitants of Jurassika, where unfortunately the bullies have also moved. What distinguishes Jurassik Diaries is not only the laughs, the main feature of Philip Osbourne’s books, but also educational and environmental sensitivity. This makes the book enjoyable and, at the same time, focused on addressing environmental issues to children.

Jurassik Diaries is written by Philip Osbourne and is graphically developed by Roberta Procacci, who has already worked with Osbourne on “Il diario di un Nerd” (The Diary of a Nerd). Thanks to Enanimation, in 2022 Jurassik Diaries will become a 2D animated series, already in development, in which Martin’s Jurassic adventures will come to life for the small screen.

“The clear ideas of the producer of Enanimation (Federica Maggio) immediately convinced me to sign with them. In Enanimaton they have a well-defined planning, and their growth certainly depends on that. Their planning and their enthusiasm, of course, in addition to an excellent contractual proposal, convinced me,” said the author of Jurassik Diaries, Philip Osbourne. “I am honored that they are interested in my work. I put myself at the disposal of Enanimation for the TV adaptation, and their willingness to make me part of the cartoon project has only confirmed that their entrepreneurial vision is also supported by a careful artistic vision”.

“We are extremely excited about the idea of embarking on this journey with Philip Osborne, an excellence in children’s publishing,” said producer Federica Maggio. “His eclectic and multifaceted voice will be a great incentive to create an adaptation that is as good as the original product; this is also thanks to his direct role in the development phase, where we believe his contribution is irreplaceable and crucial to the success of the project. We can’t wait to dive into the adventurous world of Jurassic Diaries with Martin!”

In the new season of Mini Pet Pals the school teaches to be curious, participate and also to make...

NICOLETTA COSTA ARRIVES AT LUCCA COMICS 2021 TOGETHER WITH NINA&OLGA!

Protagonists of the event are the new TV series Nina&Olga and the universe of Nicoletta Costa,...

Toy range based on new preschool property launching in Europe from Autumn/Winter 2022 Academy... 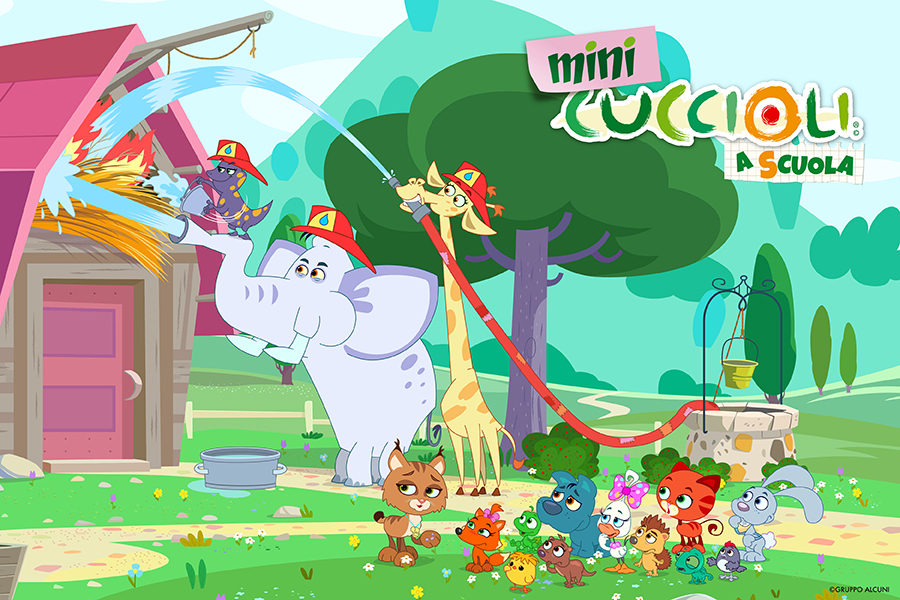 In the new season of Mini Pet Pals the school teaches to be curious, participate and also to make mistakes From October 18th it’s on Rai Yoyo the 4th season of the animated preschool series Mini Pet Pals, co-produced by Gruppo Alcuni and Rai Fiction, with 52...

END_OF_DOCUMENT_TOKEN_TO_BE_REPLACED 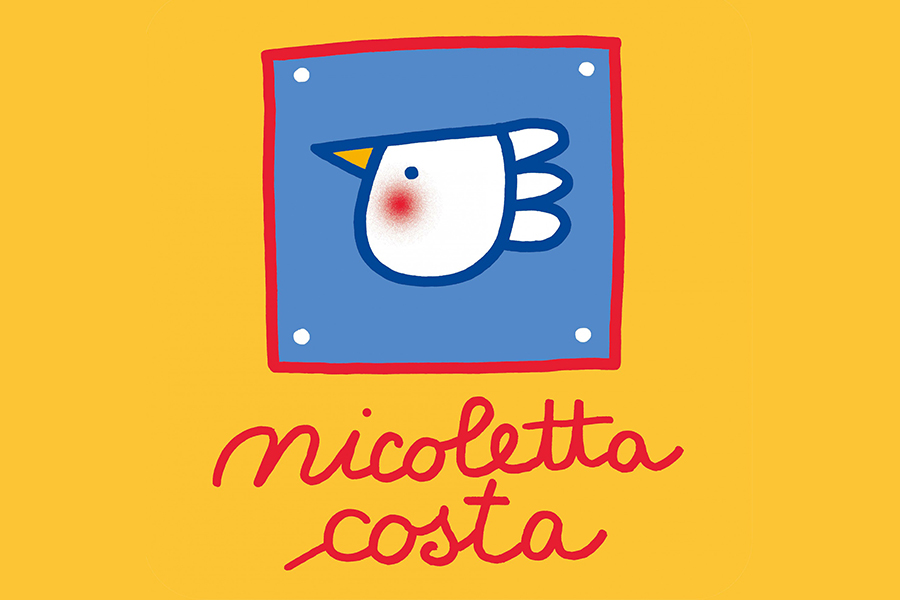 NICOLETTA COSTA ARRIVES AT LUCCA COMICS 2021 TOGETHER WITH NINA&OLGA!

Protagonists of the event are the new TV series Nina&Olga and the universe of Nicoletta Costa, among limited edition products, meetings and workshops! The appointment par excellence for fans of cartoons and comics is back: from 29 October to 1 November Lucca comes...

END_OF_DOCUMENT_TOKEN_TO_BE_REPLACED 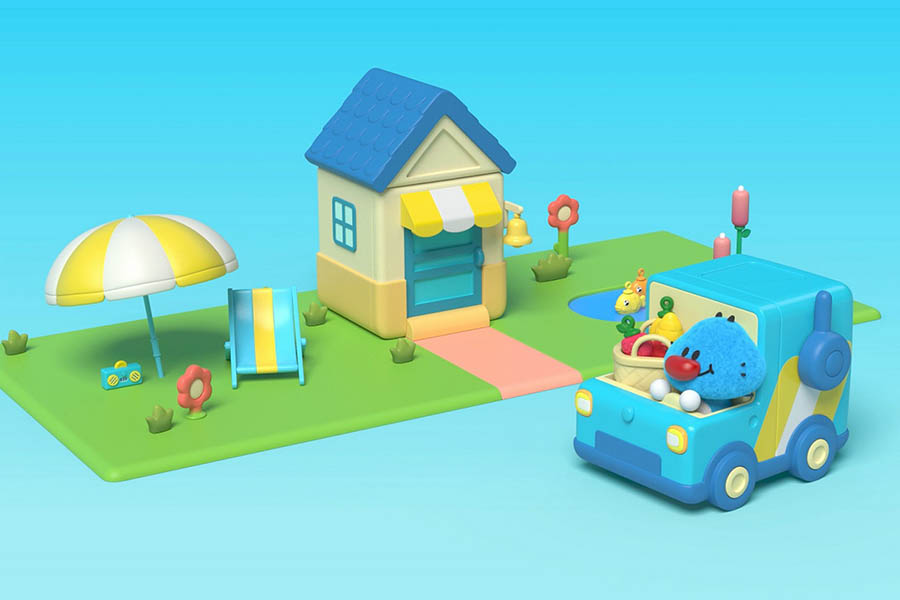