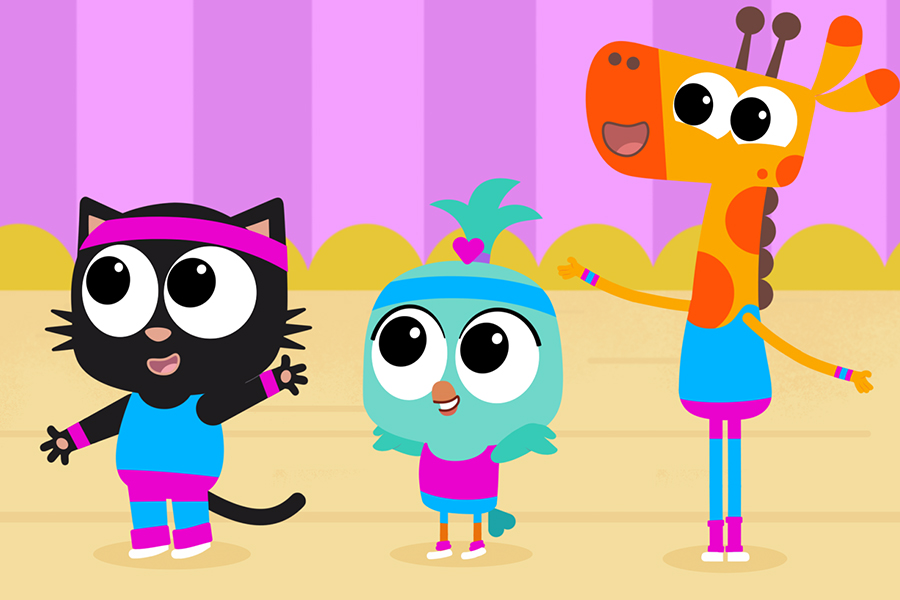 ADVENTUROUS MILO LANDS ON MILKSHAKE! AND IS ALREADY A HIT WITH VIEWERS!

Milo, the new pre-school series produced by Fourth Wall in association with Planeta Junior, which had its UK premiere on Channel 5´s Milkshake! in mid-May, is already breaking ground and celebrating high ratings figures.

Within one month of launching on 10th May in the highly regarded primetime 8am weekday slot, Milo has achieved great ratings on Milkshake! and the expectation is that it will continue to go from strength to strength. The series is also available for viewers on the broadcaster’s on-demand platform, My5.

The series (52×11’ episodes) is bright, colourful and brings to the screen a contemporary graphic style. Milo is an adventurous 5-year-old cat who, together with his best friends Lofty and Lark, uses role-play to explore the world of vocations – from Doctors and Mechanics, through to Hairdressers, Chefs, and Postal Workers – introducing pre-schoolers to a variety of professions in a positive and entertaining way. The series’ underlining message, through the eyes of Milo and his friends, is that every job is amazing!

Milo is already a successful children’s book character with over 30 titles published and sold in more than 20 territories worldwide.

The production was supported by the UK Government’s Young Audiences Content Fund. Managed by the BFI, the fund supports the creation of distinctive, quality content for young audiences. The fund is intended for providing content that informs our understanding of the world, stimulates knowledge and learning, as well as representing diversity and alternative viewpoints.

Planeta Junior holds and manages the series’ worldwide consumer products rights and is working with Lisle Licensing in the UK to build a strong brand presence and licensing programme.