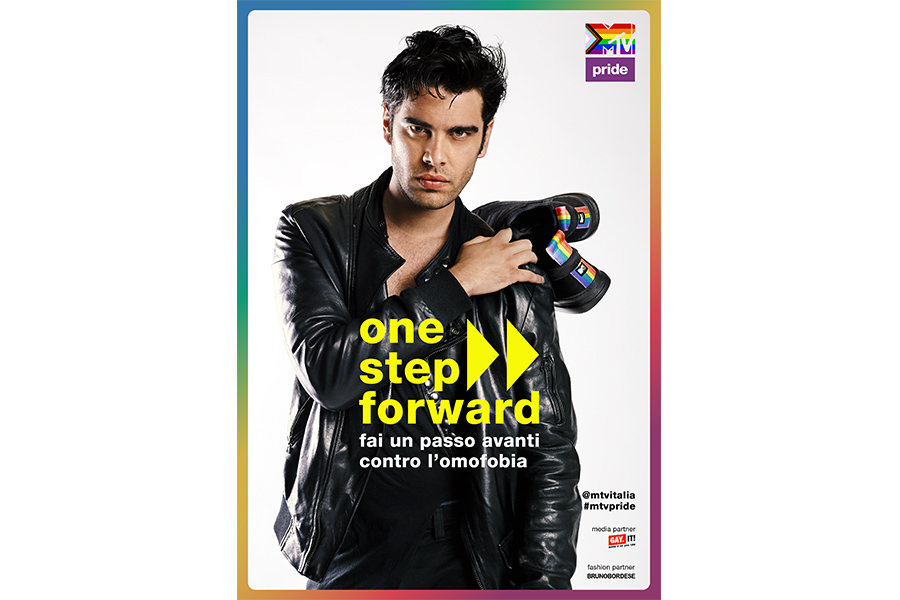 MTV IN SUPPORT OF THE LGBTQ+ COMMUNITY: ALL THE INITIATIVES DURING THE PRIDE MONTH

Tags from the story: #MTVPRIDE, A STEP FORWARD, MTV, ViacomCBS.

Knowing someone from the LGBTQ+ community makes 67% more likely to support movements for equality and protection of rights, 162% more likely to support same-sex marriages, and increases positive perception towards the LGBTQ+ community by 82%. However, according to ViacomCBS Media Representation matters research conducted on a sample of almost 2 million people in 35 different countries, only 41% know directly one or more members of the rainbow community.

This is the starting point for the commitment of MTV, the entertainment brand of ViacomCBS, to tell and make known the most significant stories, experiences and messages related to the LGBTQ+ community, so that the empathy generated by knowledge makes the struggles of a few the goals of many

Initiatives
Always in the forefront for inclusion and equality, from Monday, June 14 MTV will color its logo rainbow becoming MTV Pride, and promoting the values of inclusion and diversity through a series of special content and activities that will live on the official social networks of MTV Italy.

Among the initiatives, of particular relevance is the MTV Out Loud Proud campaign which, starting from the USA and declined in a local key on social channels, will tell the painful passage of coming out through the voice of artists and activists who have lived this experience in first person. The sharing of difficult but liberating and hopeful stories will therefore be an opportunity to strengthen the group feeling, confirming to all young and old people struggling with doubts about their sexuality and the possibility of coming out, the existence of a community ready to welcome them.

Equally significant is the campaign A STEP FORWARD – Fai un passo avanti dedicated to the fight against homophobic bullying, homotransphobia and discrimination based on sexual orientation. Testimonial of the latter will be the Italian model protagonist of the international catwalks Stefano Sala. The hashtag #MTVPRIDE, promoted on all social channels of MTV, will also accompany the reportage of gay pride around the world.

BRUNOBORDESE will also be an active collaborator for the initiatives in favour of the LGBTQ+ community, creating a new version of its famous footwear, customized for the occasion with the iconic MTV logo.

A further step in promoting knowledge and awareness of the issues and rights of the LGBTQ+ community is the media partnership with Gay.it, the reference media for the Italian community with a target of 25-34 years old and a cross-media reach of 12 million users.

The support to the LGBTQIA+ community in the month of Pride is just one of the many initiatives of MTV and reaffirms the commitment of the brand and ViacomCBS in providing support to ethnic, religious, linguistic and cultural minorities through actions that aim to spread the knowledge and the beauty of diversity. In confirmation of the commitment of the entire media company towards inclusion, the adoption by ViacomCBS of the “No Diversity No Commision” policy for the implementation in every production of the values of Diversity, Inclusion and Equity.

Sky Media – concessionaire of the Sky Italia Group – is responsible for the advertising sales of ViacomCBS channels in Italy.