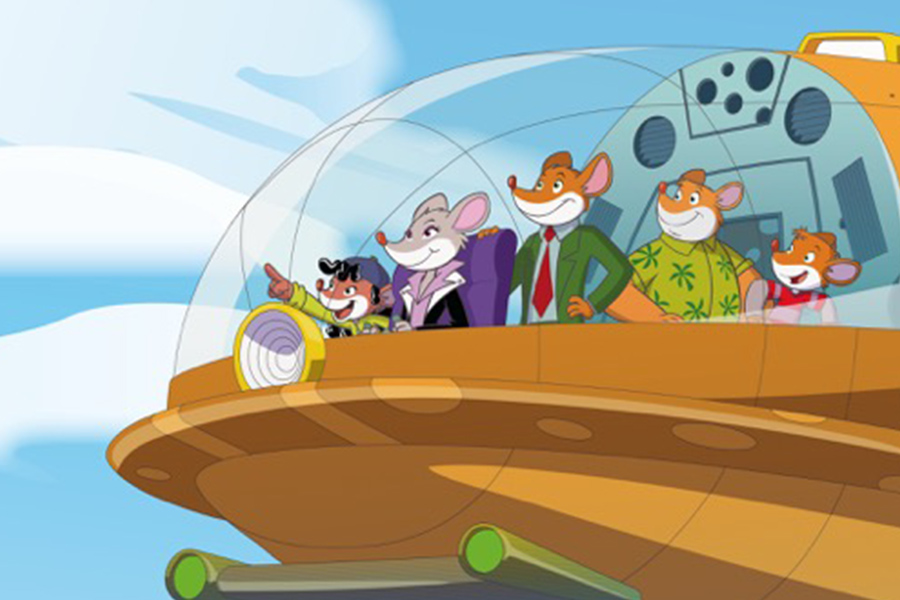 Atlantyca Entertainment is proud to announce that is has secured a succession of renewals for its flagship property, the beloved and renowned mouse journalist, Geronimo Stilton: The Animated Series.

New licensing agreements have been secured, by Atlantyca’s sales and distribution team, with: SEZNAM.CZ TV, Czech Republic, renewing Season 1, 2, and 3 to commence in September; VOOT (SVOD platform of Viacom18) in India (and Nepal, Bhutan, Sri Lanka, Pakistan, Maldives, Bangladesh and Afghanistan) renews Season 1, 2 and 3 from June; PCCW, who currently runs 3 seasons of the animated series on their Pay TV platform (NOW TV), also acquires Season 1 specifically for Free TV platform (HK Television Entertainment Company) in Hong Kong; and MINIKA GO in Turkey with the renewal of Season 1, 2 and 3 from July.

Atlantyca Entertainment is the producer of “Geronimo Stilton” the successful animated series, based on the globally popular book series created from an original idea of Elisabetta Dami and featuring the adventures of the most famous mouse journalist. Three completed seasons (78×23’) have been sold all over the world, from China to US, from Russia to India, and Europe (France, Italy, German, UK, Spain, Portugal, Benelux; Nordics etc.) The three seasons have been sold in more than 130 countries over 10 years.