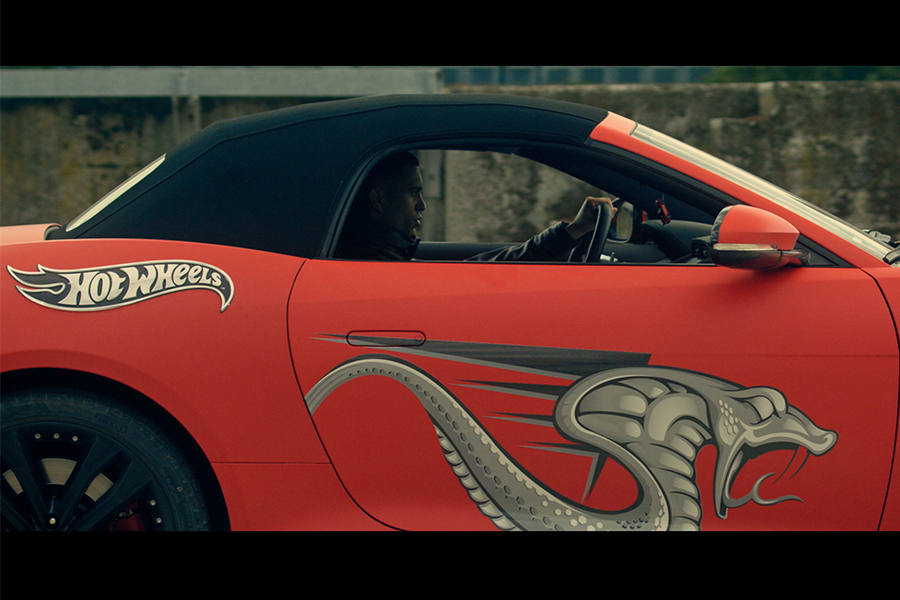 THE OFFICIAL VIDEO OF KOBRA, IN COLLABORATION WITH HOT WHEELS, IS NOW AVAILABLE

The videoclip of Mahmood’s new track “Kobra” in collaboration with Hot Wheels, is now available

The videoclip of “Kobra”, a track from Mahmood’s new album “Ghettolimpo”, is out now.

The song, produced by DRD, presents the figures of Kobra, people you can’t trust and from whom you have to keep your distance: in life you have to learn to distinguish those who really love you from those who want to exploit you for other reasons.

The video, directed by Attilio Cusani and featuring a special collaboration with Hot Wheels – the world’s #1 toy car brand and a franchise in constant evolution – sees Mahmood launched into a reckless and adrenaline-filled race that has the flavour of continuous challenge and courage, aboard a special Hot Wheels Jaguar F-Type.

“As a kid I was crazy about model cars, roaring races and the lap-of-death track and here I’ve enjoyed reliving those feelings and putting myself out there.”

Competition, courage, confidence, the contours of one’s own identity which are also defined by comparison with others: these are some of the themes and values shared by Hot Wheels and Mahmood himself, who in this video together launch a motivational message, to teach not to give up in the face of difficulties, encouraging to try, fail and try again until success is achieved.