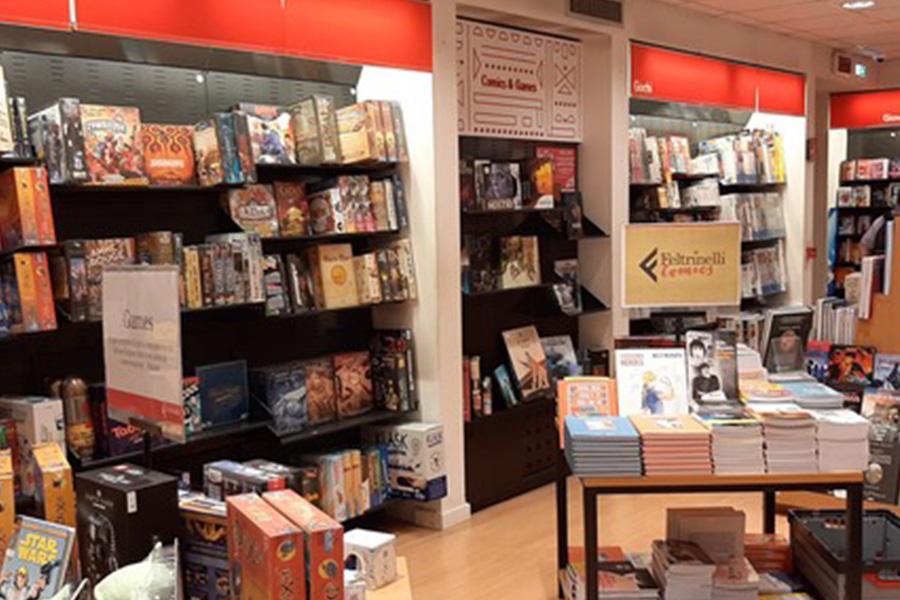 Only a few months have passed since the birth of Feltrinelli Comics & Games, a unique national and international project designed to reflect the enterprising and experimental spirit common to laFeltrinelli and Lucca Crea, the company that organises the Lucca Comics & Games festival and a partner in the initiative. A place for the exploration of pop imagery that opened last November inside the new laFeltrinelli concept store in Piazza Piemonte in Milan and that is now finding new paths, spreading throughout Italy.

This new space within Feltrinelli bookshops, born from the synergy with the Festival and from a common vision of desacralisation of culture, is entirely dedicated to games, fantasy fiction, comics and TV series and has started an exciting path of cultural diffusion. In fact, in recent weeks the bookshops in Genoa via Ceccardi and Turin piazza CLN have been inaugurated, on 13 and 19 May respectively, while Feltrinelli’s store in Rome Libia has been open to the public since Saturday 12 June and, in the near future, the stores in Milan Buenos Aires and Palermo.

Feltrinelli Comics & Games is an entire area aimed at fans of the genre, where they can discover the many possible contaminations between the world of gaming, analogue and digital, and that of books, in the belief that the game is one of the possible languages to tell and live a story. A meeting place for the communities of the sector in which to renew sociality, confront each other and challenge each other, in full respect of the five values of Lucca Comics & Games: Community, Inclusion, Discovery, Respect, Gratitude.

← 50TH ANNIVERSARY OF LEOLANDIA: A PARTY THAT IS SURE TO BE FUN TOY INDUSTRY GOES CRYPTO →